Before He Retires, Here Are Some of Our Favorite Crazy Steve Ballmer Moments

A reminder -- this is the guy who ran one of the most important tech companies in the world for THIRTEEN YEARS. 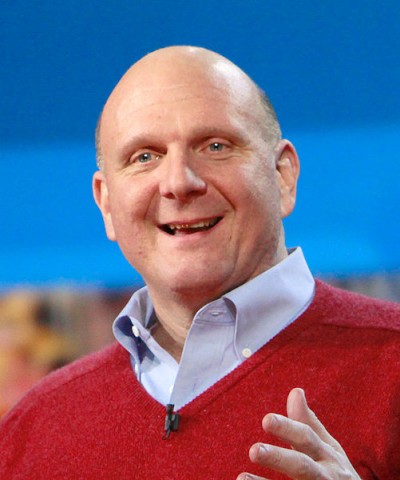 While Steve Ballmer might not have been the greatest CEO Microsoft ever had, we’ve got a big soft spot for the guy, mostly because of how nice it is to the the CEO of a Fortune 500 company regularly act like an utter madman. Steve’s been great, and after announcing that he will retire within 12 months, we wanted to share some of the reasons we’ll miss him.

Ballmer made some questionable business calls in more than a decade at the helm of Microsoft, sure — like famously telling USA Today that there was no chance the iPhone would ever garner significant market share — but we’re not here to second guess the decisions he made that would put Microsoft irreparably behind the game when it comes to smartphone development. We’re here to celebrate Ballmer’s one of a kind craziness, on display in this in-house gag ad for Windows XP.

Here’s the thing, though — the guy is only marginally less crazy looking when he’s being a CEO. Ballmer’s exuberance, which often verged on the psychopathic — as in 2009, when he took an iPhone away from a Microsoft employee at a company event and pretended to stomp on it — has always been his calling card. The man wants people to get pumped about Microsoft, and sometimes doing that means getting on your feet, as you can see in the video below, where a frenzied Ballmer dances himself onto the stage like a pro wrestler getting his first title shot.

But for pure Ballmer craziness, there’s no example finer than the following episode, in which the CEO of Microsoft, dripping sweat and looking like he may drop dead of a heart attack at any moment, spends 15 seconds shouting “Developers! Developers! Developers!” at the top of his lungs. Chances are, Ballmer is among the last of a dying breed — the slightly unhinged, nearly surreal CEO. He is a strange and wonderful animal too beautiful for this world, and he will be missed.