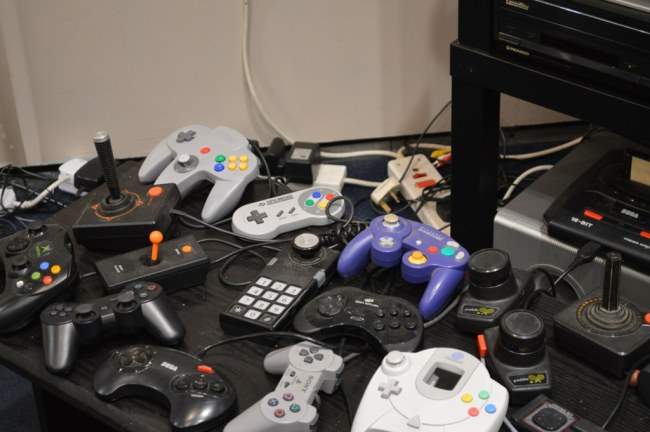 A recent University of California study tracked player performance and skill in online multiplayer games along gender lines, attempting to figure out whether men or women are better at games. Cuihua “Cindy” Shen, an associate professor of communication and the leader of the study, found that “there is no gender difference.”

Specifically, Shen compared players based on their length of time in-game, their character choices, and whether or not they were part of a guild. If all of those things added up, then players would end up being of comparable skill, regardless of their gender.

Shen has been researching online games since 2007, and she and her colleagues have looked into player behavior of more than 9,000 users in Everquest II. They also analyzed the behavior of over 2,000 players in a Chinese game called Chevaliers’ Romance III. According to Shen’s findings, women make up 20% of the player base of these types of online games.

The phenomenon to which Shen refers here is called stereotype threat. Basically, if you tell someone that they have some sort of immutable tendency towards being bad at a particular task, and then ask them to perform that task, they will not do as well as they would have if you hadn’t told them about the supposed stereotype beforehand.

Unfortunately, the stereotype that women are “bad at games” is everywhere. I have run into it on message boards and chatrooms and forums throughout my lifetime. This is held up as the reasoning for why it’s so rare to see women in the very high ranks of gaming tournaments. The assumption goes that women simply are not able to reach that level of competitive play, due to some sort of biological justification.

There’s no evidence that women are “worse” at games, except for the fact that they don’t seem to ever make it into the highest tiers of competitive tournaments. But there are many other explanations for why that would be, and stereotype threat is one obvious reason. Because women are told that they are inferior, even if they reject that idea consciously, they might subconsciously internalize that message and not perform as well as their peers. Of course there are other problems such as sexual harassment, but stereotype threat has always seemed to me like one of the biggest hurdles.

Something similar happens with math skills. Women and men have the same potential to be good at math, but something happens around age 7 that causes many girls’ math skills to begin to deteriorate. I think gaming is similar; I remember in middle school, people started to tell me that it was “weird” for girls to play games, and by high school, I had completely internalized that games were a “boy thing.”

I don’t know whether or not this study will actually help to undo the stereotype that there is something inherently “wrong” with women that makes them bad at games (or math, or science, or whatever else). Instead I would hope that men would look at gaming spaces they inhabit, especially competitive spaces, and think to themselves: why aren’t there any women here? They clearly aren’t missing because of a lack of ability. So why aren’t they there?

I’ve also heard the justification that women supposedly aren’t interested in games or competitive play, and that’s why they don’t show up to tournaments or events. Even if we assume that’s true (it’s not), it’s clear that at least 20% of women are interested in playing Everquest II, as Shen’s research shows. According to Infinity Ward, 24% of Call of Duty players are women. That’s about 1 in 5, and those are game genres that are assumed to only be “for” men.

So let’s just pretend, hypothetically, that only 1 in 5 women is interested in competitive gaming. I think the number is actually higher than that, and that many women are not playing due to other barriers to entry, but let’s just say it’s 1 in 5. Even if that’s the case, then shouldn’t 1 in 5 of the top tier players in the world be women? That’s not currently the case, so clearly, something must be stopping their progress before women can even get that far. What might it be?

Let’s just go ahead and assume that women are already working pretty damn hard to get good at the games they like, and see if everybody else can step it up when it comes to accepting that they’re just as talented and have just as much potential for greatness as their peers. If gaming spaces were more welcoming, then maybe the top tier players would actually include the best players, as opposed to the players who happen to be more comfortable with participating.

(via University of California, image via Matt Brown/Flickr)