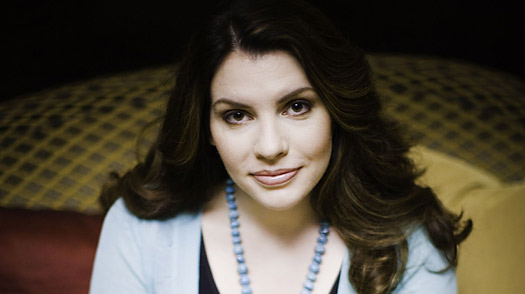 The author of the Twilight saga is not just going to sit back and let one franchise define her whole career. Stephenie Meyer, along with producing partner Megan Hibbert, has just signed on to option the book Down a Dark Hall by Lois Duncan. First published in 1974, it’s about a girl who goes to a creepy boarding school and discovers that it’s been conducting experiments on its (only four) students. This sounds … kind of cool, actually!

Meyer actually got a head start on her post-Twilight career last summer when she agreed to produce Austenland, the film adaptation of the Shannon Hale novel about a woman obsessed with the BBC‘s production of Pride and Prejudice (the one with Colin Firth). That is being directed by Jerusha Hess (Napoleon Dynamite). When the book came out, Meyer declared herself a huge fan of both Hale and Jane Austen, and then went on to produce the movie, which will come out some time this year. And let’s not forget that the film based on her other book, The Host, starring Saorse Ronan and directed by Andrew Niccol, is currently shooting.

Now, Meyer will produce another movie based on a book written by an author she greatly admires. Duncan, who also wrote I Know What You Did Last Summer, Killing Mr. Griffin, and several other young adult novels, has a prolific career that Meyer has been following since she was a young adult herself. She discussed the project on her blog:

Not too much information to share as yet, but even in this early stage, it is still very exciting. I grew up reading and loving Lois Duncan novels, and I can’t believe my good luck that I get to be involved with this project. Down a Dark Hall was my favorite of her novels (though it’s a very close race with Summer of Fear and Stranger with My Face) and it gave me some serious nightmares when I was nine.

Say what you want about Stephenie Meyer, but she sounds so excited to be a movie producer now, and I’m kinda psyched for her! She’ll be producing through Fickle Fish, the company she runs with Hibbert, as well as Temple Hill Entertainment, which produced the Twilight movies. Another Twilight producer, Wyck Godfrey, is also said to be on board. Yes, that’s a lot of Twilight people, and we all have our opinions about those movies. But let’s wait and see who writes the screenplay and directs, and then maybe we’ll start expressing concern.

In the meantime, let’s speculate on casting! Who could play the lead character, Kit, the other three students, Lynda, Ruth, and Sandy, and their evil headmistress, Madame Duret?