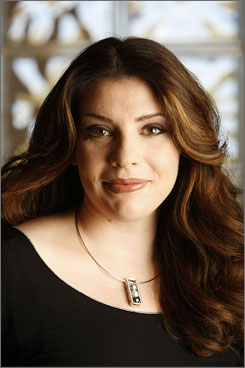 I don’t really like ‘Twi-hard.’ It sounds awful. – Twilight author Stephenie Meyer to E!News when discussing the nickname given to devoted fans of her popular book series.

However, Meyer went on to comment about another nickname, one for the real-life couple Robert Pattinson and Kristen Stewart who play her characters Edward and Bella on the big screen. “I guess the Robstens are really funny to me,” she dished. “You know, because they care so much about that relationship. It’s just, I find it amusing.”

With so many making it their personal duty to hate on Twilight and those who love it, it’s sort of amusing that the author herself has at least one problem with her rabid fandom.