Just don't try to color them in -- the night storms will start before you can reach the first marker. 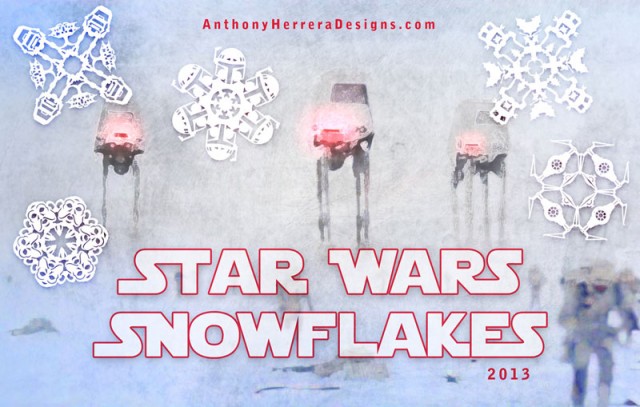 Every year since 2011, Anthony Herrera has created awesome cut-out Star Wars snowflakes and put them up on his website. Now his latest batch of templates is available to download and print out for free, just in time for the onset of winter. You won’t even have to bury yourself inside a tauntaun for warmth! You know, unless your heater is broken. 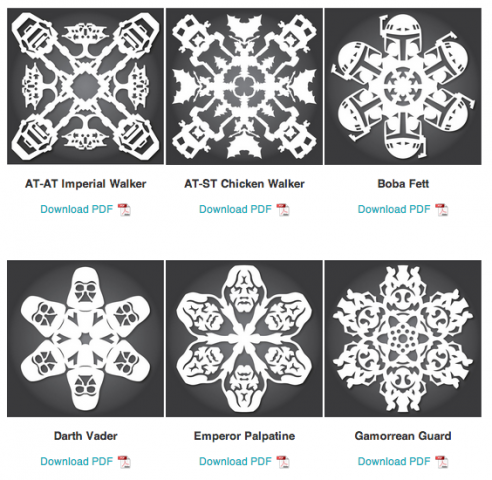 While the original Matters of Grey snowflakes that first inspired Herrera are pretty awesome, too, we have to say that we prefer Herrera’s; overall, his are much easier to cut out without an exacto knife, and he’s not afraid to try out designs for the less mainstream characters like the Rancor beast, IG-88, or the Tusken raiders.

You know, not that any of us totally tried making our own Star Wars snowflakes last year or anything. 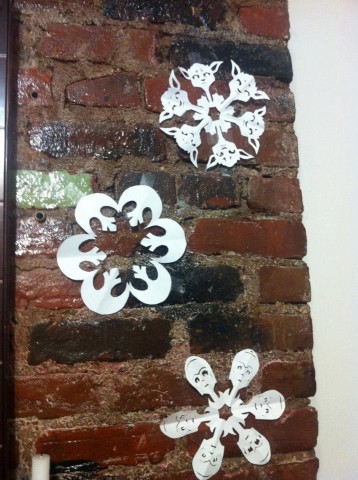 For clarification, only the Yoda and C3PO above are technically from Herrera, while the Rebel logo is from Matters of Grey. Now that Herrera’s done his own versions of famous characters like Darth Vader, Stormtroopers, and Boba Fett,  it’ll be exciting to try again this year.

Printed them out and not sure where to go from there? Check out this awesome “Star Wars Snowflake Christmas Special” from last year, which explains how to fold and cut out your new snowflake buddies.

(via Wired), image via Anthony Herrera)