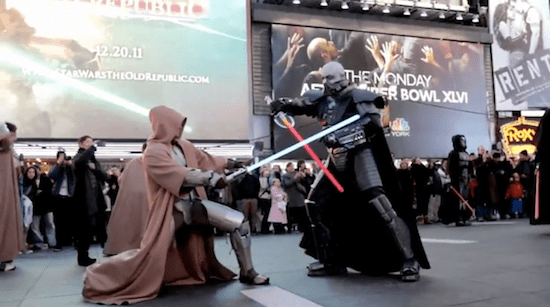 In honor of the release of what BioWare hopes will be the next big MMORPG, Star Wars: The Old Republic, they staged a freeze mob in the middle of Times Square in New York City. The stunt featured some costumed Jedi and Sith, duking it out and freezing in dramatic poses. There’s a surprise twist to the mob that was pretty fun, so you should probably check out the video — along with (hilarious) shots of what we felt were the highlights of the video — below.

The highlights, as promised. First, the Jedi that just remembered he left his space oven on: 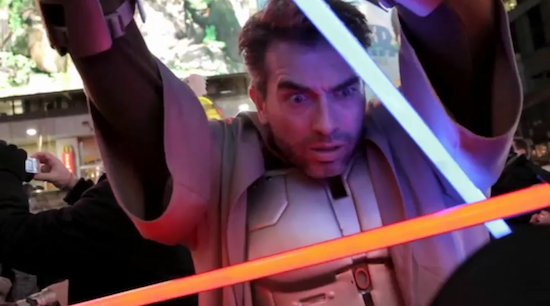 And the Sith whose momma was clearly just insulted: 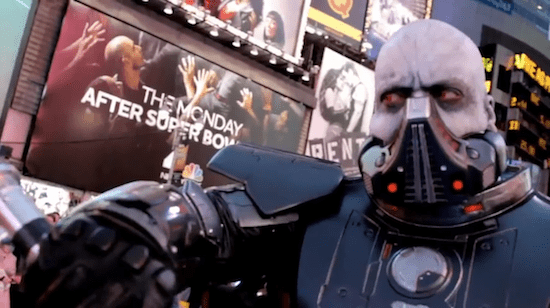