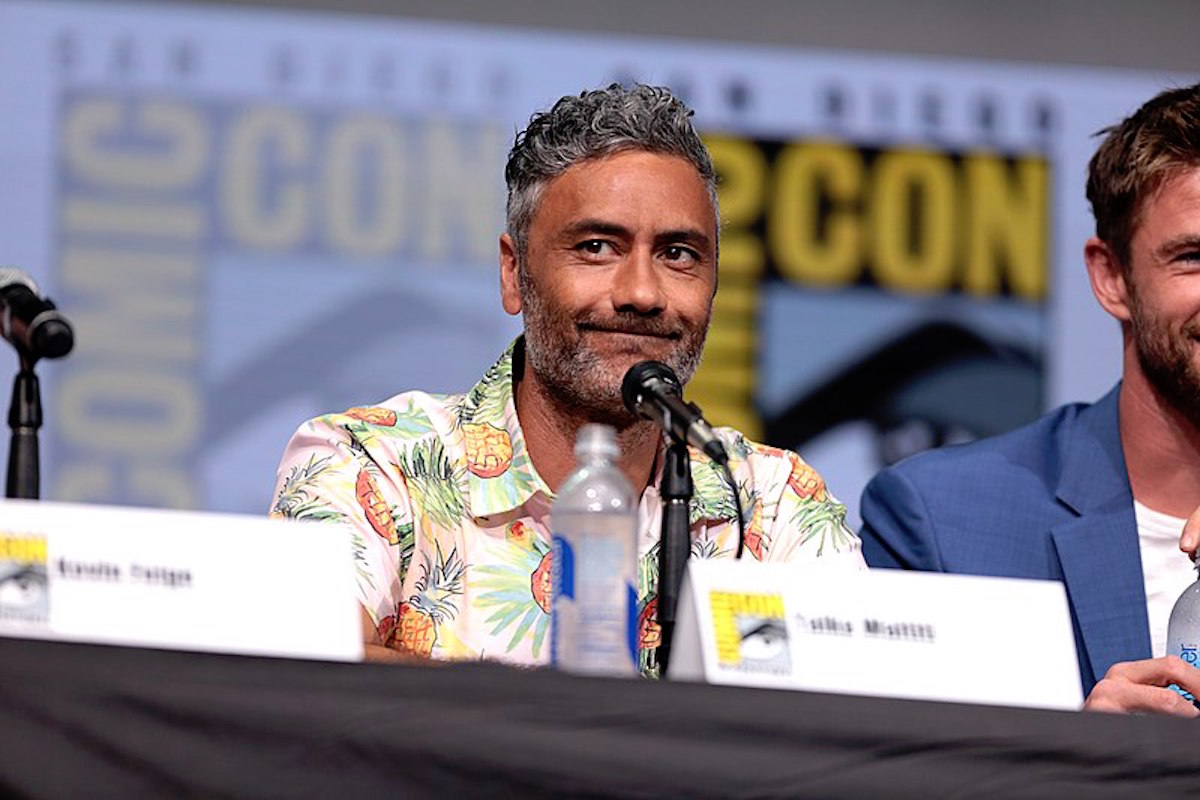 Earlier this week, I wrote about how Lucasfilm needed to hire a more diverse crop of directors. At the time, I expressed doubt that they would be doing so anytime soon, and I’ve never been so pleased to be wrong. Yesterday, StarWars.com released the first official press release for Jon Favreau’s upcoming series The Mandalorian, and for the first time since news of this series broke, I actually found myself excited for the show because of the new perspectives these directors might bring to the table.

The summary is much the same as it was when Favreau himself released it on Monday: We’ll be following a lone gunslinger traveling through the Outer Rim (and, if Lucasfilm really loves me, maybe into the Unknown Regions) following the Battle of Endor. There is no word yet on the cast, and I’m sure we’ve all got our dream picks for the lead character and the smugglers, criminals, and maybe good guys that they’ll encounter on their travels. The first photo of the main character, wearing Mandalorian armor, is suitably fantastic and Star Wars-y, and I know many of my friends who are Mandalorian Mercs will be adding this character to their list of cosplays.

But the really important part of the release was the director’s list. Lucasfilm has come under rightful fire for not hiring diverse creatives behind the scenes of their films, instead hiring and oftentimes then firing white men with only a couple films to their resume. However, the directors for The Mandalorian are not only talented voices, but they’re not all white men. We have Dave Filoni, Bryce Dallas Howard, Deborah Chow, Rick Famuyiwa, and Taika Waititi. Cue the celebration!

I want to talk briefly about one of these names: Taika Waititi. The visionary behind Halloween staple What We Do In The Shadows and Marvel jewel Thor Ragnarok, Waititi has been a top choice of many fans to be involved in Star Wars, especially with a Boba Fett centric film. However, I think he’s a brilliant choice for a Mandalorian centric show for one very important reason: His work has explored the dangers of colonization and the monarchy, which is a theme many fans have written about in relation to Mandalore.

The most prominent canon Mandalorians in the films are both of Māori descent, but the Mandalore we see when we first visit in The Clone Wars is unbearably white. We’re talking blonde-haired, blue-eyed, white, and there isn’t a single character of color to be found. A white Mandalorian leader even refers to Boba and Jango as not real Mandalorians, which is really not a good look. When we are re-introduced to Mandalore through the character of Sabine Wren, a woman of color, in Rebels, her family is considered to be outsiders due to their involvement with Death Watch, an extremist group. The intention was probably not to introduce a discussion of colonialism, but plenty of fans have written about the implications of an all-white Mandalore on Tumblr. (Google some of their meta for a fascinating read.)

Waititi’s involvement could signal that they will be examining the impact of both The Clone Wars and Rebels’ differing views on Mandalorian culture, and while this is purely speculation, it could be a great way to challenge the initial portrayal of Mandalore. Again, this is 100% speculation and I could be very wrong. However, I hope they talk about Mandalorian culture since this is also a planet that has fought wars for freedom on multiple occasions throughout Star Wars‘ history.

In fact, this series could be a chance for Star Wars to get incredibly political. I’ve read enough of the tie-in novels to know about the state of the political union following the fall of the Empire, and when it comes to the New Republic, the Outer Rim suffered immensely. Already an area of incredible economic inequality that fell prey to crime syndicates, the New Republic seemed to focus more on the Core Worlds than it did the Outer Rim territories; there was an immense political upheaval at the time as the government struggled to rebuild. We know that our protagonist will be traveling through these impoverished worlds, so why not go all out with the commentary?

Talk about how the government isn’t allocating time or funds to care for these people. Talk about how the people feel abandoned, and can be radicalized to follow groups like the Hutts (or even fall to the fledgling First Order). Have the gunslinger emerge as a folk hero who helps take a stand for those who cannot, and if you go this route please make sure they’re not played by a white actor. Also, talk about the fact that the galaxy is recovering from imperialism and a devastating conflict that left billions dead. What sort of world would that create?

Given that we have diverse voices telling these stories, I can only hope that the show is going for this kind of commentary, because it’s a rich world that has gone unexplored on screen. (For some politics, check out novels like Chuck Wendig’s Aftermath series.) Regardless of the plot, the inclusion of directors of color and female directors is a massive step in the right direction, and hopefully some of them will go on to direct their own Star Wars stories, as they will have the experience Kathleen Kennedy insists they need to handle the galaxy far, far away.