Seriously, Will Lucasfilm Ever Hire a Female Director? | The Mary Sue

Seriously, Will Lucasfilm Ever Hire a Female Director?

We find their lack of faith disturbing. 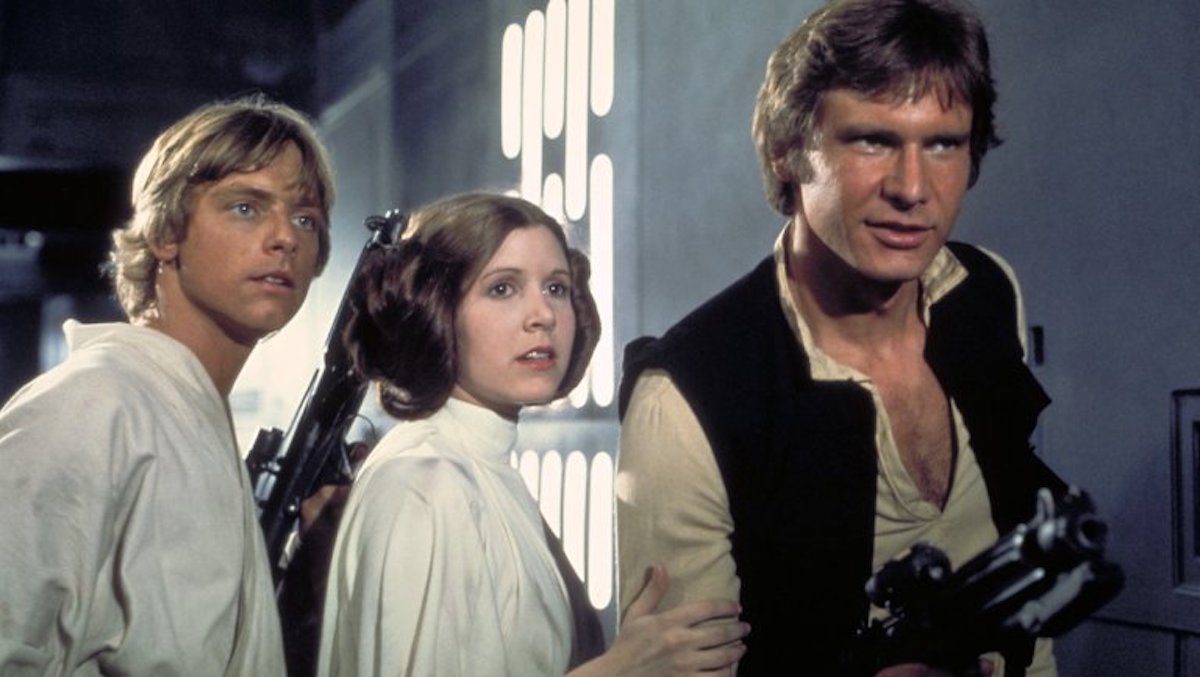 Star Wars has done a lot of good in the past several years, but with the rumors swirling around the upcoming live-action television series, it’s time to issue a callout for their behind-the-scenes crew.

We’ve had many white male directors and writers on Lucasfilm’s current and upcoming projects: Dave Filoni, JJ Abrams, Rian Johnson, Ron Howard, Gareth Edwards, David Benioff, D.B. Weiss … and that’s only the guys who weren’t removed from their projects. While Star Wars Resistance is co-executive produced by Athena Portillo, with art direction by Amy Beth Christenson, and Vic Mahoney has been hired at the second unit director for Star Wars Episode IX, the majority of the creatives Lucasfilm hires for their projects are men. (Note: this article originally listed Amy Beth Christenson as a director for the series. It has since been changed)

Now, rumors are swirling around the directing list for Jon Favreau’s series. Favreau himself is, of course, rumored to be directing at least one episode, as are Dave Filoni and Game of Thrones/Marvel alum Alan Taylor. These rumors come from the most reputable Star Wars source in the game, Making Star Wars, so while these could very well be off-base, they also have a very high chance of being true. The site also lists a few other people who could be potentially involved with the project, and guess what? They’re all men.

This would be a problem regardless, but the studio’s stance on diversity in front of and behind the camera makes this especially frustrating. Kathleen Kennedy, when she took center stage as president of Lucasfilm, promised to hire more diverse voices and tell more diverse stories. However, we’re years in now, and she continuously has not lived up to her promise of hiring women behind the camera, choosing instead to go for male directors.

“We want to make sure that when we bring a female director in to do Star Wars, they’re set up for success. They’re gigantic films, and you can’t come into them with essentially no experience,” Kennedy told Variety, which would be a great excuse if Gareth Edwards hadn’t only directed one blockbuster (and not a great one) before he was hired to Rogue One, if Phil Lord and Chris Miller hadn’t really just had The Lego Movie as their big calling card before Solo, and if Rian Johnson hadn’t mostly stuck to indie films before stepping behind the camera for The Last Jedi.

It’s also worth noting that many of the white male directors who’ve been brought on have run into troubled productions. Edwards was practically booted off the project by Tony Gilroy. Lord and Miller were officially fired, as was Colin Treverrow, and Josh Trank was supposed to do that Boba Fett movie before he was let go. So these white men aren’t necessarily coming in with all the experience in the world, and then they’re causing trouble.

And now we have Filoni and Taylor for the live action series. Look, I love Filoni’s work on Star Wars Rebels, but he has not directed any live-action project before. Taylor might do well on Game of Thrones, but I remember Thor: The Dark World. So why are these two headlining the picks for directors when there are so many other brilliant women who could be brought on to direct?

The Playlist, in an article on diversity in Star Wars, listed a few women who could join the Star Wars universe: Reed Morano, Michelle Mclaren, Dee Rees, Niki Caro, Amma Asante, Sarah Gavron, S.J. Clarkson, Linda Woolverton, and Marti Noxon. Morano and Rees in particular have been hyped up for Star Wars projects, either by the press or by their cast. So why hasn’t Lucasfilm extended a hand to any of them and tried to get them onboard their projects?

To test the waters with a director “without experience,” even if that logic held up, it would be easy to hire a woman to do a couple episodes of the live action TV series and go from there, but instead, Lucasfilm is pursuing white men they either have a relationship with (who don’t have the live-action experience) or who are “safe bets.” Women can’t get hired because they’re “inexperienced,” so they can’t get the experience. It’s a vicious cycle, and one that leads to nowhere.

Kennedy needs to start empowering directors who aren’t just white men, because they are the future of filmmaking. Diverse voices can bring richer stories, not the same five tropes tacked together over and over. New perspectives means unique films, and if a director from a marginalized group makes a misfire, don’t use it as an excuse to never hire anyone from that group again. Clearly, picking white men out from the crowd because they remind you of the good ol’ boys’ club is not working.

If we make enough noise, maybe Lucasfilm will listen. Something has to change, and Lucasfilm doesn’t want to be left behind as other studios embrace women behind the cameras. For a studio that prides itself on being inclusive, it would not be a good look.