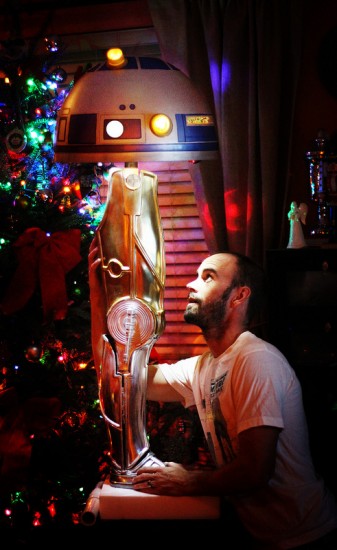 Because when you think of C-3PO and R2-D2, you think “electric sex.” This amazing leg lamp was created by Gordon Tarpley who will be creating more of these for the 2013 holiday season. Keep track of the progress at The RPF.