Disney Completes Their Acquisition of LucasFilm | The Mary Sue 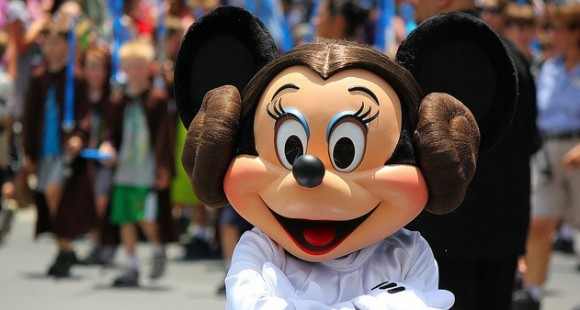 You didn’t realize it wasn’t complete already? Neither did I, really. But it makes sense. When you’re selling a company for $4 billion, there are going to be a lot of legal hoops to jump through.

But, as of last Friday, jumped through they are. LucasFilm has officially been sold to Disney for $4.06 billion, slightly higher than the original selling price because of Disney’s stock value. It’s as set in stone as Han Solo at the end of The Empire Strikes Back… except that was carbonite, not stone. And he was thawed out later. Oh, shut up. My brain’s already in Christmas mode.

Reads the press release in part:

“We’re thrilled to welcome Lucasfilm to the Disney family,” said [Disney President and CEO Robert A.] Iger. “Star Wars is one of the greatest family entertainment franchises of all time and this transaction combines that world class content with Disney’s unique and unparalleled creativity across multiple platforms, businesses, and markets, which we believe will generate growth as well as significant long-term value.”

So. It’s done. Whether you think of Disney as the evil Empire or a long-foretold savior who’s rescued the future of the franchise from the clutches of George Lucas (I tend to lead towards both), there’s no turning back now.

(via: Deadline; picture by insidethemagic)