Looks Like The Next Star Wars Film Has A Writer 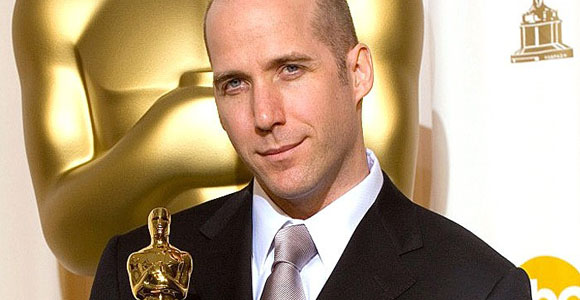 Lots of rumors have been thrown around as to who might be involved with a Disney produced Star Wars VII but it looks like one might finally be legit. Academy Award-winning writer of Little Miss Sunshine, and screenwriter of The Hunger Games: Catching Fire and Toy Story 3, Michael Arndt, is already working on a script.

Vulture were the ones to break the news yesterday. They write, “Insiders confirm that Arndt has written a 40- to 50-page treatment for the film and is likely to be at least one of the writers when the Disney/Lucasfilm project begins shooting in 2014. The merger between George Lucas’s brainchild and Disney, announced October 30, caught the town by surprise. And talent agents were similarly astonished to learn that Arndt had been at work on the treatment long before the deal was announced, catching them flat-footed and cutting off any chance they’d have to proffer their own many eager candidates for the coveted job.”

Yeah, I could imagine a few people being angry about that. But Star Wars wasn’t the only thing on the writer’s lap recently. Arndt had been tasked to take care of rewrites for the Catching Fire script, taking over from Slumdog Millionaire writer Simon Beaufoy. And, this shouldn’t come as a surprise I suppose, he’s a big Star Wars fan. “Since winning the Oscar for Sunshine, Arndt has lectured extensively on the art of storytelling at numerous writers’ retreats, like the Hawaii Writers Conference in Maui and the Austin Film Festival, always featuring a lengthy and detailed explanation of why the original Star Wars’ ending is so creatively satisfying,” writes Vulture. “At these talks, Arndt always tells attendees that Star Wars’ enduring appeal has to do with resolving its protagonists goals’ nearly simultaneously, at the climax of the movie.”

Interestingly enough, while we don’t know what Arndt’s 40-page treatment entails, Vulture’s sources said “the studio’s brass want to bring back the three central characters of the original Star Wars: a much older Luke Skywalker, Princess Leia, and Han Solo.” We already heard Harrison Ford and a few of the other actors are, at the very least, open to the idea. They also said the next step was to show the treatment to Brad Bird, Steven Spielberg, and J.J. Abrams.

I think Arndt is a great choice but certainly not one that would have crossed my mind. Do you think he’s up for the job?