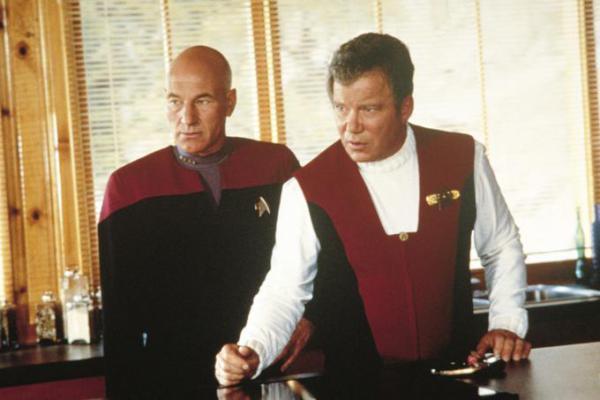 What does the Internet like more than Geordi La Forge? Geordi La Forge and his Enterprise friends reading bedtime stories, of course! To reach the Reading Rainbow Kickstarter’s updated goal of $5 million, LeVar Burton has assembled a fleet of Star Trek actors for a series of live shows, and yes–Shatner and Professor X will be in attendance.

If you live in either New York or L.A. and have a spare $1,200, Burton invites you and two friends (one of whom, sadly, must be a child) to attend a live Reading Rainbow show. The first installment of the series will feature readings from Next Generation actors Jonathan Frakes, Brent Spiner, Michael Dorn, and Robert Picardo.  Marina Sirtis, Gates McFadden, Jeri Ryan and Kate Mulgrew (probably ready to atone for her recent PR fiasco) will also participate in a “Women of Star Trek” performance.

A third as-yet-unnamed reading will have William Shatner, and a fourth, set to take place in New York, will star Patrick Stewart.

The Kickstarter has until July 2nd to raise its updated goal of 5 million, and you have not very long at all to acquire that $1,200 — tickets will be available today and tomorrow.

(The Daily Dot via Jezebel, image via Star Trek: Generations and Kickstarter)