Wake Up, Everybody! The Trailer For Star Trek Into Darkness Is Here, This Is Not A Drill 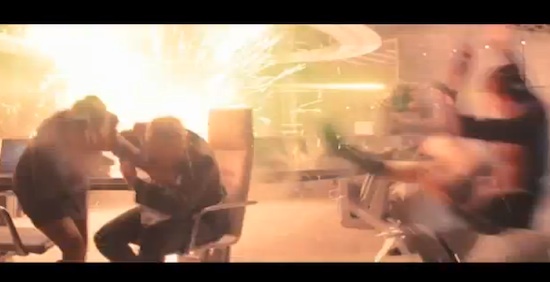 There are days when it’s just not worth it to get out of bed. Days when the only reasonable thing to do upon waking is hit the snooze button, draw the blankets back over your head, and roll back over into the welcoming arms of sleep. This is not one of those days, folks, as we just woke up to the just released teaser trailer for Star Trek Into Darkness, and if that’s not worth waking up for, we don’t know what is. So rouse that sleepy head, put on a pot of coffee and check out what you’re in store for next summer — lava lakes, terrified stares, and no shortage of things exploding, all narrated by a guy who sounds way more menacing and intimidating than someone named Benedict Cumberbatch has any right to. Then click replay and watch it again, because seriously, this looks kind of sweet and now that we’re actually recalling how good JJ Abrams’ first foray into the Trek universe was, getting pumped for this one has officially commenced. In all seriousness though — if you can watch the trailer after the jump without getting out of bed…we recommend that pretty highly.

Oh, and we can’t help it — here’s the extended Japanese version of the trailer, with a telling scene that will no doubt be familiar to plenty of Trekkies. Beware: beyond this point, for here there be (arguable) spoilers. That said, if you really want to avoid speculation and rumor about this movie, good luck being on the Internet for the next six months, we guess? Seriously, there’s an argument for just ripping off the bandage, folks. We leave the decision in your no doubt capable hands.