J.J. Abrams Wants to Put an (Out) Gay Character in Star Trek 2 If He Can 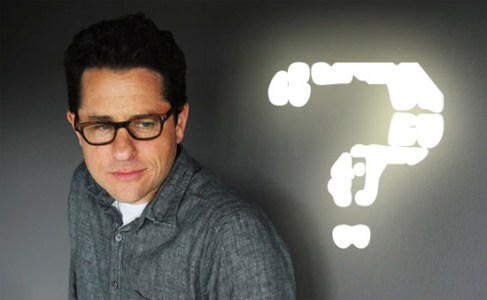 LGBT characters have been at the forefront of more and more science fiction shows in recent years–Stargate Universe, Caprica, and, of course, Torchwood being among the most popular. But what about Star Trek? Star Trek has long been used by its writers to touch on ongoing social and political issues in our society, but so far there have been no gay characters on the show. So could J.J. Abrams be responsible for the first?

Abrams, who admitted long ago to never having really considered himself a Trekkie, said in an interview with AfterElton that he was surprised at the lack of gay characters in past incarnations of the series:

“You know what’s funny? As someone who was never a huge Star Trek fan and I didn’t watch the shows. And my experience with the movie was the first in the series and then watching and re-watching some of the movies that I’ve seen. I’m frankly shocked that in the history of Star Trek there have never been gay characters in all the series. In Deep Space Nine and all the Enterprises that that’s never come up.”

On the possibility that such a character would actually happen in the next Star Trek film, however, writers Roberto Orci and Alex Kurtzman said that they have no current plans to include a gay character, and Abrams pretty much said the same–But that doesn’t necessarily seal the deal either way. Abrams clarified, saying that he wouldn’t want to in such a way that the audience would  “feel like why am I getting into that kind of detail about the character’s life if not just to make a point of it?”

“There are many people who say there have been gay characters in the show all throughout. [laughs] I would say that it is, you know, something that I would love to do, but just the way I would be careful doing a story that would involve any of the characters and their personal lives. The balance is always, what how does that story relate to sort of the bad guy, which by the way is always going to be that critical thing, what are they up against? The question how do you get into literally these are personal sexual lives of these characters? Like what is that going to be about. I don’t know who’s assuming characters aren’t gay or are gay. You know what I’m saying?”

Uh… funny you should ask.

“So the answer is,” he said, “I think it should be done, and I’d love to be able to do it. And the question is once we get through the bigger issues of certain structural things that are really the key to the show or the movie being done well.”

Well, okay, fair enough. The script for the Star Trek sequel is still very much in the works–and the June 2012 release date pushed back–so from this point pretty much anything is possible. To see more of what Abrams had to say about the issue, we highly suggest you go over and read the full interview at AfterElton.

(After Elton via Blastr)