Maybe if we just give them more nuts they'll stop attacking our power infrastructure? 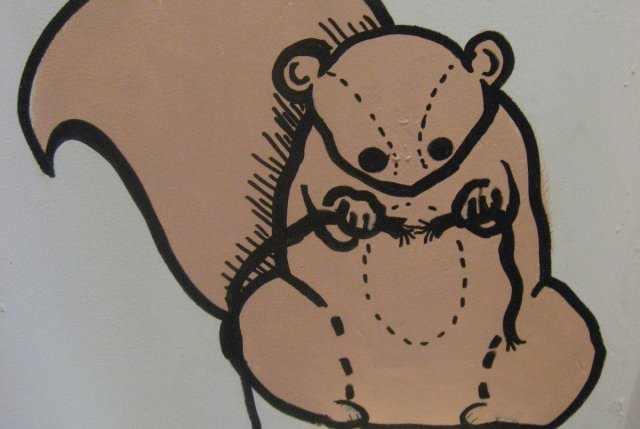 Squirrels are pretty much going to launch us all into a nightmare Revolution-like future that, like the show Revolution will be boring and difficult to sit through. At least that’s our unfounded takeaway from a New York Times piece outlining a surprisingly high number of power outages caused by squirrels this summer.

50! That’s how many power outages caused by squirrels turned up when New York Times reporter Jon Mooallem started cataloging them since Memorial Day of this year. He set a Google Alert for “Squirrel Power” (would be a good name for Cat Power cover band) and the results are frightening.

Besides the sheer number of outages (50!) there’s also the severity. In some cases as many as 10,000 people were left without power because of squirrels. As Mooallem points out in his piece, we only hear about the outages big enough to make the news so there were most likely more than 50 this summer.

Mooallem seems a lot calmer about this situation than I am. He mentions that when he tells people about the power outages caused by squirrels — which he calls P.O.C.B.S.s because he talks about them so much he needs an acronym — they all tend to make the same jokes about a squirrel uprising, but he doesn’t think that will happen. He says, “Don’t panic,” but doesn’t assuage my squirrel-related fears.

He says that squirrels have been knocking out power for decades, and even recounts in grizzly detail exactly how squirrels interrupt power. Spoiler alert: It’s gross.

The only reason you’re reading this right now is because a squirrel has decided to let you read it by not taking down the power grid in your area or mine. Squirrels are Gotham’s reckoning.

I wouldn’t hate it if a bunch of people photoshopped squirrels with Bane masks and emailed them to me.