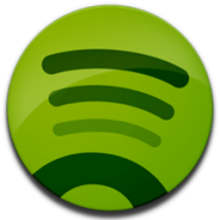 A few months ago, some U.S. Spotify users had a rude awakening: The unlimited free streaming they’d become accustomed to turned out to be a 6-month trial, something Spotify mentioned from the start, but was glossed over by many. The revelation occurred — when else — right around the 6-month anniversary of the U.S. Spotify release. But for anyone affected, or expecting to be affected any day now, there’s good news. Spotify has now extended its unlimited free streaming trial, and it seems to be an indefinite extension.

If it weren’t for the extension, many users find themselves being restricted to 10 hours a month and 5 plays of any given song, restrictions that directly clash with most of our use of the service. And that’s probably part of the idea. This extension could be the result of a royalties break on the part of labels, or a loss of users who’ve hit the wall. The extension, which may end at any time, could give users more time to become dependent on the service, or just give Spotify more time to constantly ream free users with ads, but free is free, right? At least for the time being, anyway.