Can we get an Emma Stone movie adaptation of this, stat? 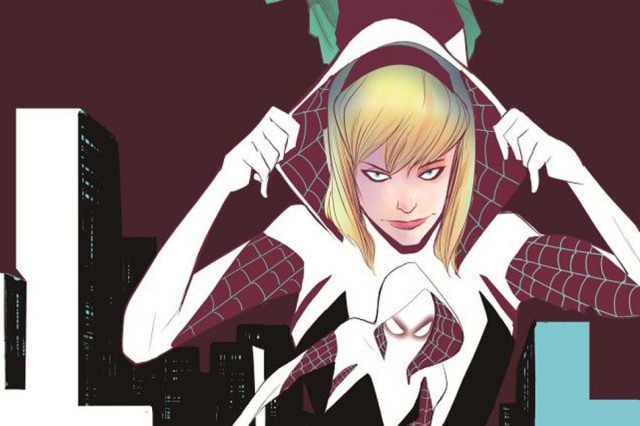 Peter Parker and Miles Morales are great, sure; but wouldn’t the world just be a little bit more exciting if Gwen Stacy had been bitten by that radioactive spider first? That’s the story the Marvel folks are going to explore in an upcoming issue of their new AU “Edge of Spider-Verse.”

Before Marvel’s “Spider-Verse” event premieres in November, they’re launching a five-issue limited series in September that will explore different Spider-Man AUs. “Edge of Spider-Verse” issue #2 will be written by Jason Latour with art by Robbi Rodriguez, and will give us Gwen Stacy spider-fied. She’ll still be the smart, charming Gwen we know and love – except now she can also lift cars and do, you know, whatever a spider can. I am slightly concerned about her hood, though, as I’m pretty sure that would fly off while swinging through the streets of New York.

The other issues of “Edge of Spider-Verse” (while not quite as excellent-sounding) have interesting premises, too; issue #1 features the return of 1930s Spidey as he faces off against Mysterio; #3 is all about Dr. Aaron Aikman as Spider-Man; #4 is written by Pulitzer-nominated horror writer Clay Mcleod Chapman; and #5 is penned by Gerard Way, of Umbrella Academy and My Chemical Romance fame.

But, you know. I’m still most excited about Gwen Stacy as Spider-Woman.