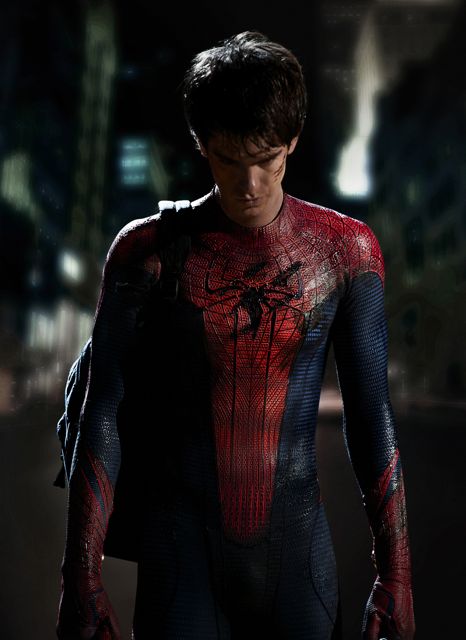 We recently posted the latest picture of Andrew Garfield in the new Spider-Man costume and had a question that was posed by film/comic book geeks across the blogosphere: Is that metal on his wrists, and does that mean artificial web-shooters, like in the original comic books? Emma Stone, who plays Gwen Stacy in the reboot, was asked this very question at the Golden Globes last night and confirmed that indeed, that is metal, and those are web-shooter “devices.” Click through for the interview:

While this interview is a short one, Stone didn’t seem to reveal any other details about the reboot, though she is signed on for three Spidey movies. If you’re a true Spider-Man geek, you probably know what I’m hinting at.