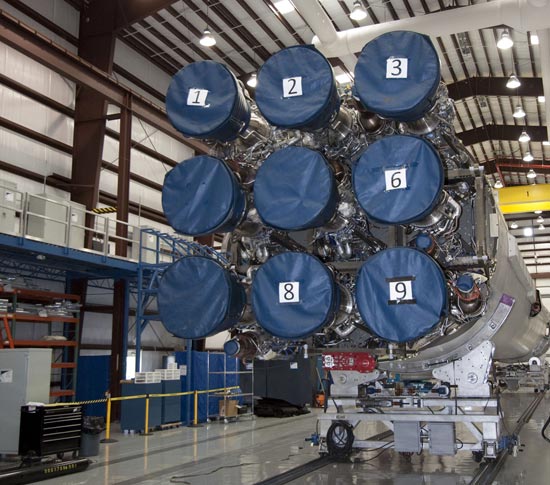 If you were amongst those that got up very, very early on Saturday to watch SpaceX’s historic mission to the International Space Station, you were probably disappointed when the countdown hit zero but the rocket didn’t go anywhere. Now, it seems that the issue at the heart of the aborted launch has been traced to faulty check valve. Crews are already working to fix the problem, but the question is if it can be done in time.

The May 19 launch was scrubbed at T-0.5 seconds when the vehicle’s computer detected increasing pressure in its number five engine. In order to get off the ground, the Falcon 9 uses a cluster of nine Merlin 1 C engines. Though the rocket can achieve orbit with up to two failed engines, it needs all nine firing correctly during liftoff. During a press conference after the aborted flight, SpaceX president Gwynne Shotwell said that ground crews would be inspecting the rocket to determine the cause of the issue.

Later that day, SpaceX announced on their website and through Twitter they’d found the problem. From @SpaceX:

Inspections found a faulty check valve on engine #5. We are replacing tonight. Next attempt Tuesday, 5/22 at 3:44 AM ET.

That was echoed on Twitter by SpaceX founder Elon Musk, who yesterday added:

Simulations show launch ok with bad valve. Still, better to stop & fix. Recalling rockets after launch is not an option.

Not only must SpaceX repair the engine before tomorrow morning’s launch, but it must also pass inspection before another launch can be attempted. Fortunately, it seems that the last resort measure of swapping out the troublesome number five engine with another, which was floated by Shotwell on Saturday morning, appears to have not been necessary.

As of right now, SpaceX has remained mum on its readiness for tomorrow’s launch. The most recent statements from the company were optimistic, saying that if the repairs went well then they would proceed with a second launch attempt on Tuesday, May 22. Unfortunately, the path of the ISS means that launch will have to take place at 3:44 AM EDT. Here’s hoping that a second chance is all SpaceX needs.

According to NASA, the SpaceX launch is on.

The SpaceX Falcon 9 rocket is standing atop Space Launch Complex-40 this morning at Cape Canaveral Air Force Station in Florida following inspections on an engine that shut down during Saturday’s launch attempt. SpaceX has confirmed the rocket is on track to launch Tuesday, May 22 at 3:44 a.m. EDT.

(via @SpaceX, @elonmusk, SpaceX, image of Falcon 9 engines via Wikipedia)