Watch the SpaceX Mission to the International Space Station Right Here [UPDATE: Launch Has Been Aborted] 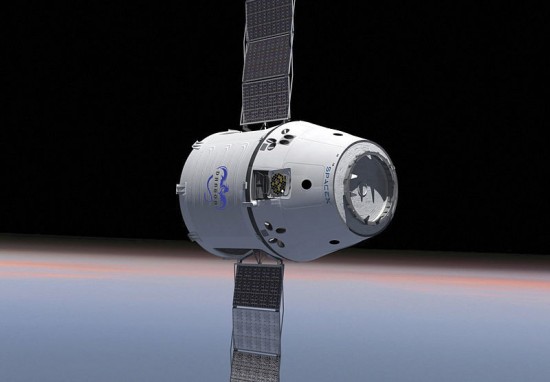 Blast off of the first SpaceX mission to the International Space Station starts in just a few minutes! See the livestream, after the break.

You can watch official NASA coverage right here, or on the space agencies UStream site. SpaceX is also streaming from their own cameras over on their site. [Update: As of 5:08 AM, the SpaceX stream has ended. NASA, however, is continuing to broadcast. Their stream is linked above and embedded below.]

[Update: As of 5:15 AM NASA has now ended their livestream. Details about the launch abort, taken from the livestream, follow below.]

Oh no! There’s been an automatic launch abort apparently because of “high chamber pressure in the rocket’s fifth engine.” Unfortunately, because today’s launch was an “instantaneous” launch window, the rocket will not be blasting off tonight. The stream continues, but the rocket won’t be taking off until May 22.

SpaceX officials are pointing out that they’ve seen this before on previous launches, and that the onboard computer’s ability to halt the launch at the last second is actually a safety feature. Notably, the launch was delayed previously — and even pushed back the late-April static fire of the rocket — because the software was too sensitive and halted proceedings when conditions were still good.

However, SpaceX is saying that the software performed correctly and the engine parameters were “out of bounds.” It’s worth noting that although this was a full-fledged mission to the ISS, it is still technically a test of the Falcon 9 and Dragon. Launching rockets is, after all, extremely difficult. We’ll bring you more, as it develops.

Update: In a press conference this morning, SpaceX said software performed correctly and that the problems in engine five will be investigated. Read more here.