Listen to “Jewel in the Night,” the First Song Recorded on the International Space Station 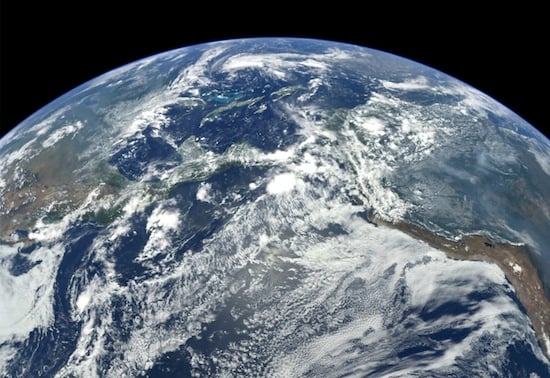 If there’s one thing we here at Geekosystem like quite a bit, it’s anything that’s done in space. Okay, well, not anything, but certainly most things. Whenever these things also happen to be the first of their kind done in space, we’re even more interested. Chris Hadfield, a Canadian astronaut, has just accomplished one of those firsts. He’s recorded a song, with him playing guitar and singing, while aboard the International Space Station. Yes, folks, “Jewel in the Night” is a song from space and you can listen to it right now.

According to the description Hadfield gave the YouTube video of the recording, the slight buzz that’s audible in the background is actually the station’s fans. From the way he’s talking on Twitter, it looks like “Jewel in the Night” won’t be the last song he records during his stay:

Though it’s slightly tinted by Christmas themes, the song is still a pretty sweet one to have as mankind’s first from space. Plus, it’s not like he’s bashing us over the head with a message. The majority of the song’s about the beauty of the Earth, and that’s something pretty much everyone can get behind.

Hadfield will take over as commander of the space station during the second half of his trip, and will be the first Canadian to command a spaceship. Hopefully he’ll keep recording for the duration.