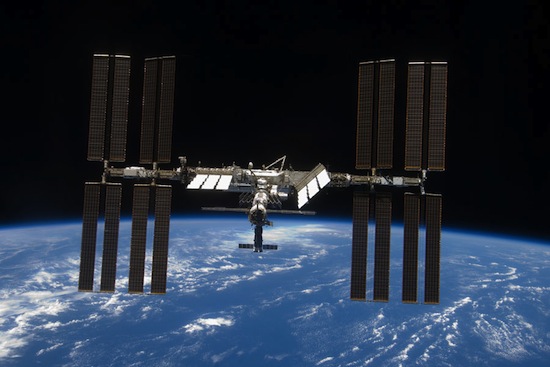 Any sort of travel can stress out your immune system, expose you to unfamiliar bugs, and generally make you more likely to get sick. Take it from a guy on what is now officially on week two of a plane flight induced common cold. A study published in The FASEB Journal suggests that space travel could wreak even more havoc on the immune system, even changing the way the immune system develops in embryonic animals.

Researchers from the University of Lorraine and the University of Luxembourg were interested to see how immune system development could be affected by not only travelling into space, but also by a stay in the reduced gravity of the International Space Station (ISS) during an animal’s formative years. To that end, they arranged for a group of embryos of the Iberian ribbed newt to hitch a ride to the ISS before they had begun to develop the antibody IgM — an anitbody that also plays a role in the human immune system.

After measuring IgM development at the ISS and back on the ground, the team found that the newts developed this immune-supporting antibody more than twice as fast on Earth than they did in space, suggesting that gravity can play a major role in not only immune function, but immune system development.

Now, there’s only so much we can really learn from this study, as it is a look at a rather small sample population of non-human animals. If we have long-term human spaceflight and colonization of other worlds on our minds as a species, though, understanding how spaceflight can affect immune function is going to be an important factor to understand going forward. Understanding how it can shape future generations is even more key, so if we want to get out of here before the ice caps melt and swallow us all, we better keep on the ball with this sort of thing. You can get a look at the abstract of this week’s paper here.