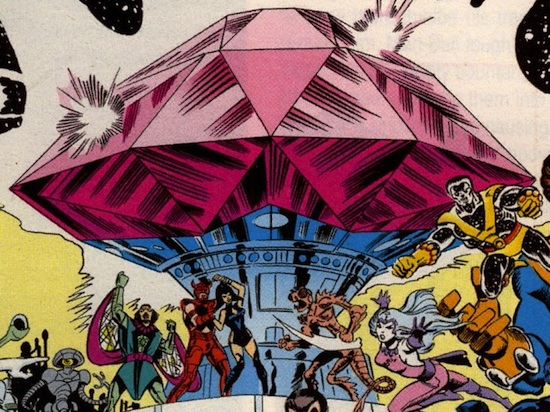 An international team of researchers led by scientists at Lawrence Berkeley National Laboratory have proposed a way to build a clock so perfect, it would keep ticking long after the universe is rendered a cold dead place.

Well, not ticking, exactly. The proposal is for the creation of a “space-time crystal” with structure in four dimensions. Such a device has been a theory for years, but this is the first time researchers have come to the table with a concept that they could conceivably actually build, and would not only act as a perfect clock, but a great experiment in creating wacky things with physics pretty much just to see if you can.

The proposal is based on an experiment in which trapped ions are held in place by a magnetic field and simultaneously repelled by particles with the same charge. The result is a ring of particles — not a crystal as we understand them, like a diamond, but a collection of particles operating continuously at their lowest possible potential energy, resulting in a quantum crystal.

“Under the application of a weak static magnetic field, this ring-shaped ion crystal will begin a rotation that will never stop. The persistent rotation of trapped ions produces temporal order, leading to the formation of a space-time crystal at the lowest quantum energy state,” said research leader Xiang Zhang at Berkeley Lab’s Materials Sciences Division, stringing together three or four words we understand at a time.

If completed, a space-time crystal could answer many of physics’ most fundamental questions about the relationship between time and space. It would also provide a perfect lab to study things like the many-body problem in physics, which deals with the complexity of interactions of multiple particles on the quantum level.

In related news, Terry Pratchett fans will recall this as pretty much the exact plot of a much-loved Discworld story. And yes, the clock pretty much threatened to end the universe when it was activated. That’s the stuff of fantasy, though. Building an actual 4-dimensional clock made of quantum particles is the stuff of science fiction, and the chances that doing so will actually end the universe are no better than, say, 50%.