Brain Distorts Memories Every Time You Recall Them | The Mary Sue

You Remember That Wrong: Brain Distorts Memories Every Time It Recalls Them 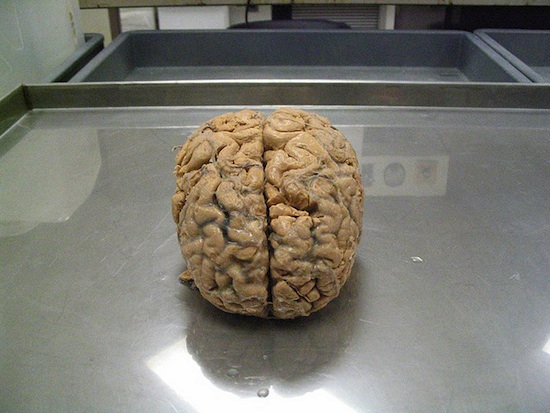 Got a treasured memory? It’s okay to get a little sappy, we all do, whether it’s that perfect night with a special someone or that dungeon crawl that finally went exactly according to plan. If you’re remembering that thing right now, for the love of God, stop! It just won’t be the same the next time you recall it. In research that should surprise no one, our brains are constantly betraying us, transforming our memories every time we think about them.

According to a recent study, just as you can’t step in the same river twice, your memories are changed by the act of recalling them, meaning that every memory we have is colored by the times we’ve recollected it before.The research, conducted by Northwestern Medicine and published this week in the Journal of Neuroscience, shows that recalling a memory more often makes that memory less accurate, and that every time you take a memory off the shelf in your brain, you put it back just a tiny bit different.

That’s because instead of remembering the actual memory, you’re recalling the memory of the last time you remembered it and any mistakes that might have been introduced there. Like a game of human telephone, those mistakes can build on one another over time, leaving out details and introducing mistakes.

“A memory is not simply an image produced by time traveling back to the original event—it can be an image that is somewhat distorted because of the prior times you remembered it,” said lead researcher Donna Bridge, who went on to just depress the hell out of anyone who has even a single thing they’d like to genuinely hold onto in this life. “Your memory of an event can grow less precise even to the point of being totally false with each retrieval.”

Researchers conducted the study by having people relate objects to locations on a grid over the course of three days. They found that while recollections on the second day had only a few inaccuracies, for recollections on the third day subjects took those second day inaccuracies as their real memories, and placed objects closer to the inaccurate coordinates that they now remembered as being the correct ones.

At the risk of being overly sentimental about scientific research, we can’t help but get a little melancholy over this study, implying as it does that the very memories we treasure most — the ones we hold dear and retreat to for comfort — are also the ones we’ve changed the most, just by going back to them. As much as it makes sense that memories, having some sort of physical stuff in the brain, would be subject to the same processes of decay and entropy that leave their mark on the rest of the world, it still seems somewhat needlessly cruel. No one ever said life was a bowl of cherries, though. So with fall on its way and the little death of every past autumn inevitable, it seems like a good time to listen to some Superchunk, because hell, at least this will stay static, even if our memories of it don’t.