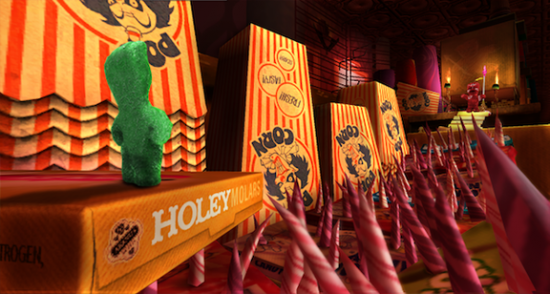 Rather than make jokes, I will let the actual news do the comedy for me: Capcom has announced a downloadable game for PC, Xbox Live Arcade and the PlayStation Network featuring the Sour Patch Kids, starring Method Man and Creed Bratton of The Office. To reiterate, this is a real game based on the Sour Patch Kids candy, being made by the same people who make Mega Man and Resident Evil, starring a pairing of Method Man and Creed Bratton from The Office. The game is called World Gone Sour.

World Gone Sour will be based on a lost piece of candy, trying to find its way to candy nirvana, via platforming across movie theaters, concession stands, and probably other candy-themed areas. The game also features this guy, in Sour Patch Kid tribal paint: 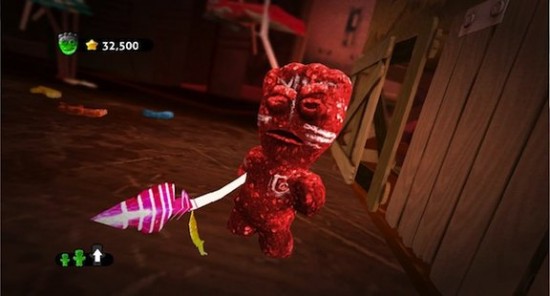 The game will be narrated by Creed Bratton, lovable The Office cook, and will sport a Method Man track for the game’s title screen, dubbed “World Gone Sour: The Lost Kids.” The game will feature all the accoutrement modes and features games nowadays should have, such as co-op, global leaderboards and trophies and achievements. 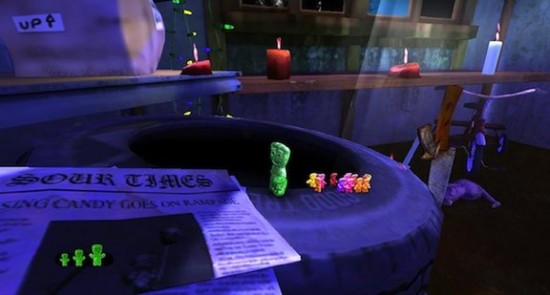 The game is being slated to release during the winter for PC, and sometime in 2012 for Xbox Live Arcade and the PlayStation Network, with a price tag of $4.99, which might be worth it just to say you own this game. At least it won’t be as weird as using Skittles power.