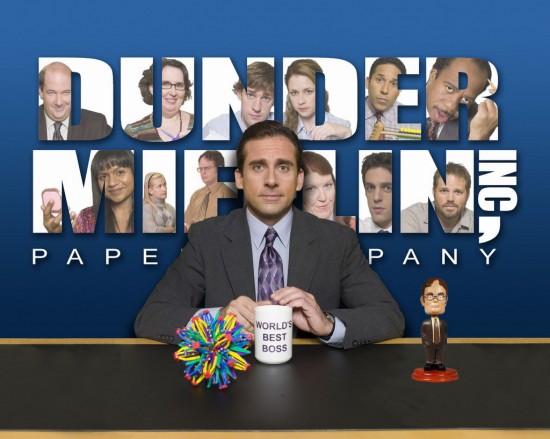 Though Michael Scott has left the show, we’re stil watching The Office. Whether or not that is because it is on the same channel and around the same time as Parks and Recreation and we may or may not be leaving our televisions on because it is good to have background noise, we can all feel a little giddy when one of Staples’ online outlets, Quill.com, has struck a deal with NBC parent company Comcast to sell actual, real-life Dunder Mifflin paper.

A recurring theme of The Office is how can a small paper company survive in a world with modern, electronic technology, and how can they do that when huge paper chains, like Staples, exist. So, aside from fans of the show being able to get their hands on actual Dunder Mifflin paper, the deal is also a fun in-joke come to life.

The paper will come with fun Dunder Mifflin packaging, as well as some of the show’s catchphrases, such was “Quabity first.” Fans of the show may not exactly be thrilled, however, that Quill.com is owned by Staples, which is a direct competitor to Dunder Mifflin on the show — Dwight was even somewhat exiled there  during the show’s run.

So, fans of The Office, when you’re busy missing Michael and kind of bored with Jim and Pam because they’re already married with children and there isn’t really anywhere left for them to go, you will at least be able to buy a stack of genuine Dunder Mifflin paper and write angry fan letters to the show about Andy Bernard’s promotion.

(story via The Wall Street Journal, image via Fanpop)