Today In Hollywood Remakes, Reboots, and Spinoffs: The Lion King, The Magic School Bus, and Sonic the Hedgehog 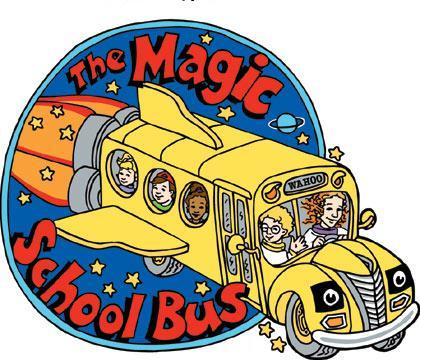 It’s taken a few years longer than I expected for Hollywood to realize “Hey, we haven’t done a live action/CG hybrid Sonic the Hedgehog movie yet!” But it happened. I wonder what the furries, who infamously comprise a significant percentage of the Sonic fandom, have to say about this?

Via Deadline, Sony and SEGA’s Marza Animation Planet are joining forces to create, not just a single Sonic movie, but “one movie per year.” They’re getting ‘em out pretty… fast. *finger guns* “There are limitless stories to tell with a character like Sonic the Hedgehog, and a built-in international fanbase” says Sony Pictures production president Hannah Minghella. “Along with our wonderful creative partners at Marza, we’re looking to capture everything that generations of fans know and love about Sonic while also growing his audience wider than ever before.”

Netflix is jumping on the reboot bandwagon as well, producing an all-new version of The Magic School Bus, called The Magic School Bus 360°. Like the upcoming Reading Rainbow reboot, this new The Magic School Bus will include some changes to fit the modern age, which makes sense when you consider Miss Frizzle is a stealth Time Lady. Via The New York Times: “The young scientists will use newer scientific tools, such as robots or a smart suit worn by the character Carlos [Author Note: Carloooooos] that determines his body’s vital signs instantly.”

Additionally, the show will use digital animation (early concept art at the NYT link), and I will totally betray myself as a “get off my lawn!” curmudgeon if I complain about that, so I won’t. The Magic School Bus 360° will start airing in 2016. The New York Times points out that Netflix also acquired Scholastic series Clifford the Big Read Dog and Goosebumps, but they haven’t announced reboots… yet.

As for The Lion King, that’ll be not a reboot, but a new TV movie/TV show for the Disney Channel and Disney Jr. Via Entertainment Weekly, The Lion Guard:

will follow Kion, the second-born son of Simba and Nala (stars of the previous Lion King movies), who leads a group called the Lion Guard that protects the Pride Lands. Mufasa, Timon, Pumbaa, Rafiki, Zazu and Kion’s older sister Kiara will all make appearances, but the show will focus on the creatures of the Lion Guard, a series of new characters including a honey badger, a cheetah, a hippo, and an egret.

Sooo… the Night’s Watch, but with less death, and lion Jon Snow (see him here) will have a mohawk. Yeah, OK.