Not the nightmare of fanfiction, thankfully. 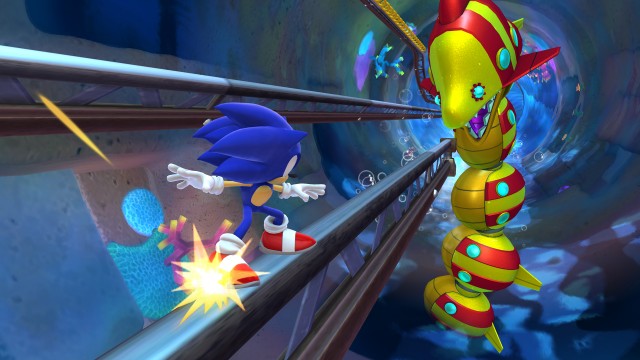 Remember NiGHTS Into Dreams on Sega Saturn? The surreal flight game has a cult following to this day, but hasn’t seen much action as a series. But SEGA is about to whet the appetites of NiGHTS fans with the limited release Deadly Six Edition of Sonic Lost World. It’s the special edition of your dreams.

As the special edition’s name suggests, the level will have Sonic going through a gauntlet of boss battles against the Deadly Six, who are all riding monsters from the NiGHTS games. Though whether this is a typical blazing-fast Sonic level with bosses interspersed or just a boss rush is unclear at this point.

Also unclear is whether the Deadly Six edition costs anything more than the normal game, but a number of factors point to it being the same price. For one, it’ll be available to anyone who pre-orders the game before its release on October 22nd. The last Sonic game to hit the market, Sonic and All-Stars Racing Transformed, also featured a limited edition that was the same price as the regular version.

Granted, the extra level will probably be put out as DLC at some point, but the box art variant is a neat bonus in and of itself. For a (very) brief look at what to expect, check out the clip below, but be warned — it goes as fast as you would expect Sonic gameplay to go: