Sonic 2 is old enough to drink this year. We feel ancient. 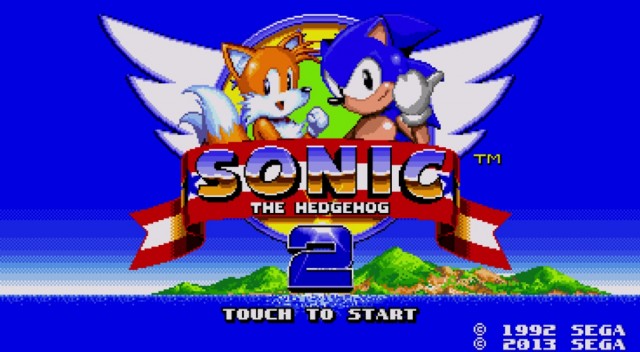 Want to relive your childhood in glorious modern graphical quality on your mobile device? Sonic the Hedgehog 2‘s remastered iOS and Android versions debuted today, and we all felt a little bit like it was 21 years ago (when the game debuted, because we’re suddenly realizing we’re old) all over again.

The remastered versions run silky smooth, so we can only assume that Sega has inked a deal with Apple and Google to bring blast processing to their devices. They also sport at least one new level, which was originally an incomplete level that was supposed to be in the game’s first release, but it never made it.

You can also play as Knuckles, which is great fun and well worth the $2.99 if you never spent the money on the Sonic and Knuckles cartridge back in the day. (You did, though, right? Because that game is awesome.)

All that, and they’ve included a boss attack mode and widescreen display, so if you’re looking for a way to entertain yourself on your mobile device, this is a pretty well-made rerelease of an already great game.

(via engadget, image via our own screenshot)