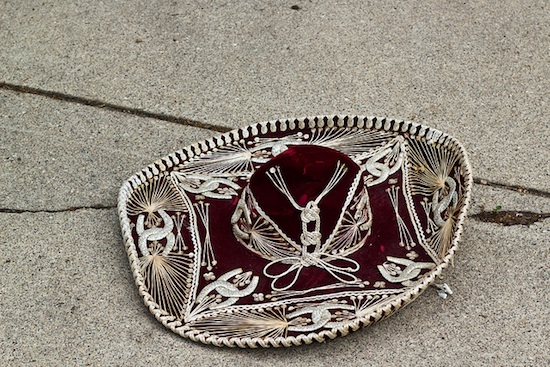 A team of geologists has identified one of the largest magma bubbles on the face of the planet, and delightfully, it happens to look like a giant sombrero. A bubble of superheated magma 62 miles across is constantly growing and rising in the center of the geologic uplift, while all around it, the rest of the valley sinks incrementally lower each year, turning the sombrero uplift into the new Most Awesome Geologic Phenomenon Named After a Thing You Wear On Your Head. Sorry, Mount Hood, Helmet Peak, and Hat Mountain. 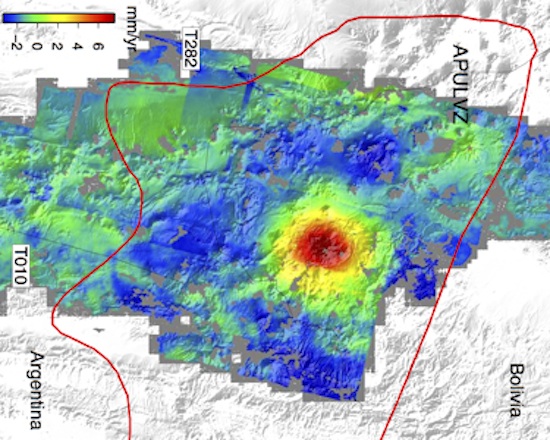 The uplift is located on the Altiplano-Puna plateau in the Andes, one of the most geologically active regions on the planet. Despite its size and the sometimes violent geologic activity that has been known to shake the surrounding area, researchers don’t see any danger of the uplift bursting anytime soon, so you’ll just have to find a new premise for your next disaster movie screenplay. Personally, we’ve been toying with the notion of an enormous tsunami that looks eerily like a beret, but it’s going nowhere — the whole love interest angle just feels really shoehorned in.

In fact, researchers aren’t quite sure what to make of the constant growth of the magma bubble, which, while it’s expanding slowly, shows no signs of stopping anytime soon. That’s in contrast to other systems like it, says Yuri Fialtko, one of the authors on the study of the sombrero uplift, which appeared this week in the journal Science. “It’s a subtle motion, pushing up little by little every day, but it’s this persistence that makes this uplift unusual. Most other magmatic systems that we know about show episodes of inflation and deflation,” Fialtko said in a statement.

Studying the magma bubble — which, in giggle inducing news, is known as a “diapir” in geologic terms — in real time is a great opportunity for researchers, who have had to do most of their study of similar geologic systems using historical data. The diapir causing the sombrero uplift could provide valuable insight for researcher into how super-volcanoes take shape.