Superhero Socks With Capes So Your Feet Can Feel Heroic Too

After two days of walking around New York Comic Con this weekend, I got a serious case of what I sarcastically-affectionately call “Con Leg,” a state in which you will ride the bus for two blocks just so you don’t have to walk them. Would these caped socks have made my feet feel better?

But that doesn’t mean they’re not awesome.

These womens knee-highs are being sold in one-size-fits most by 80stees.com, for a bit more expensive than your average novelty sock, but we’re assuming that the cape costs are factoring into that. 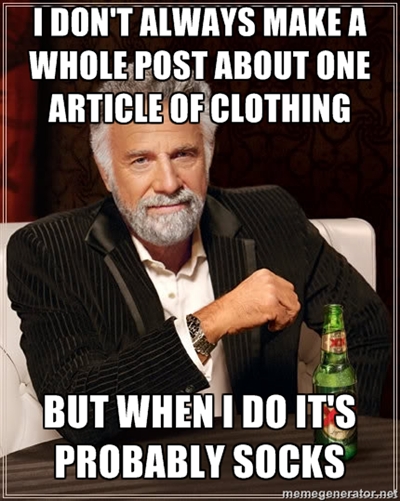