A Sign of the Times: Capitalism and Socialism Are 2012’s Most Searched Words 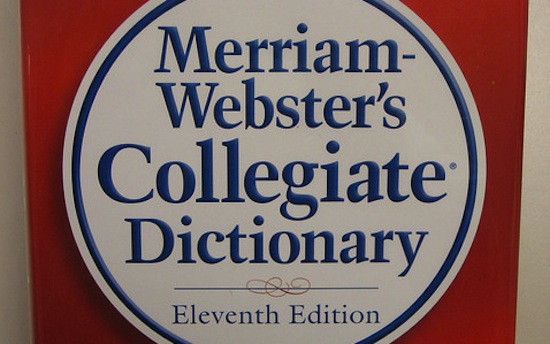 The results are in! Merriam-Webster, after having looked at their aggregate word research data, have announced that the most looked-up words on their website for 2012 are “socialism” and “capitalism.” Going by the knowledge that we’re living in a tenuous economy that can go down the proverbial toilet at any given time, and the fact that they’re the two most common buzzwords used by those fear-mongering talking heads on the nightly news, is it really a surprise that socialism and capitalism are the words of the year? Maybe not, but Merriam-Webster editor-at-large Peter Sokolowski has a pretty good hypothesis as to why people were eager to learn the meaning behind these feuding ideologies.

According to an interview with Sokolowski by the Associated Press, the intense health care debates that raged throughout the year were a major contributing factor in the general public scrambling to their computers and mobile devices to look up these two particular words:

Other words with political connotations that also occupied Merriam-Webster’s annual top ten list were “democracy,” “globalization,” “marriage,” and “bigot.” But in a truly surprising twist, crazy codger Joe Biden’s utterance of the word “malarkey,” during the vice presidential debates with Republican candidate Paul Ryan, ended up becoming a widely searched term, probably making it inadvertently more popular than the man himself. We’re just joshin’, Joe! You know how we are.

In an age where the English language has been all but butchered and reduced to incomprehensible slang, it’s refreshing to see that there are some people out there willing to take the time to broaden their current lexicon.