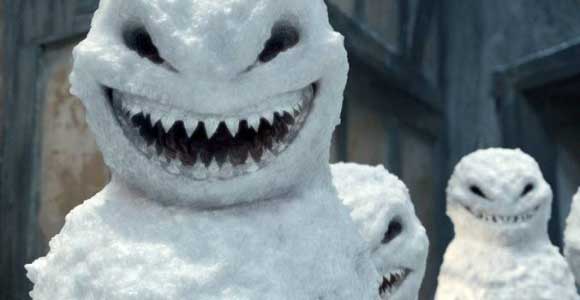 We’re still a few weeks off from seeing this year’s Doctor Who Christmas Special but that doesn’t mean other people haven’t gotten a glimpse. We know there’s going to be creepy snowmen involved but we didn’t know they’d have actual personalities. We now know they do thanks to one, very special person. Who is it? We’ll leave this huge spoiler until after the jump but I will say this – it’s someone we adore here at The Mary Sue.

This is actually one of those times I regret writing about things I love for a living (believe me, they are few and far between). While I try to avoid spoilers for the most part, a lot of times, it’s just not possible. I don’t even consider casting announcements spoilers but seeing as how this one was kept completely under wraps until now, I’m bummed I’m ruined for it.

The information comes from a preview of the episode by Radio Times (beware if you click over, it’s right in the title). Among a brief breakdown of “The Snowmen,” they drop a bomb. Sir Ian McKellen is voicing the snowmen! All of them, from what I can gather. Guess we can add Snowmen to his “Get Over It” geek list.

I can imagine it took a lot of schedule juggling to get him on the long-running sci-fi show. He’s of course been very busy with everything having to do with The Hobbit lately. But wow, this is huge. I couldn’t wait to see the episode before but now I’m really excited. I just hope I’m not scared of McKellen afterward. Now can we please work on getting Sir Patrick Stewart on the show?

There’s a few other big spoilers for the episode at the Radio Times link (I even had to blur my vision while scanning it) but it’s there if you want to know more details about “The Snowmen.” What do you think, is this cool or is this cool?