Smithsonian Museum of Natural History Finally Getting Their Own Tyrannosaurus Rex

T. rex doesn't want to be fed. It wants to hunt. 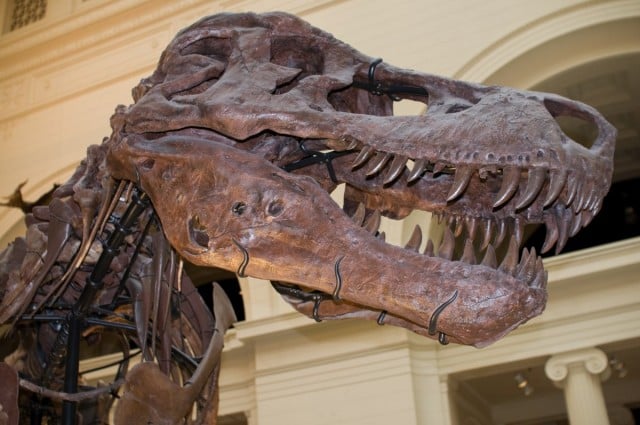 The T. rex skeleton in question will be coming from the Museum of the Rockies in Bozeman, Montana. It’s known as “Wankel’s Rex,” and was named after the woman who first discovered it Kathy Wankel. Wankel found the first bones of the skeleton back in 1988 while boating with her family. At the time of its discovery it was the most complete T. rex skeleton in the world with 85% of the bones in place. It’s since been surpassed, but still — 85% is a solid B.

As far as the missing bones are concerned, they’ll be replaced with 3D-printed models. Smithsonian director Kirk Johnson said:

Once we unpack it, we’ll begin by digitally scanning every bone and producing a virtual T. rex. Then, if you’re missing bones and want to recreate the whole animal, you can essentially take the opposite bone and flip the image.

It’s just that easy. The virtual T. rex can also be used to create perfect replicas in any size. These can be used for educational or research purposes, or just to make something more awesome by putting a T. rex skeleton on it. Look at your desk. Is there a T. rex model on it? No? Then your desk could use a T. rex model.

The seven-ton skeleton will arrive at its new home on October 16th, at which point I’d imagine everyone who works at the Smithsonian will be acting out this scene from Jurassic Park repeatedly until they’re all sick of it, which will be never. Jurassic Park is great.

(via Smithsonian, image via Sebastian Bergmann)