Only in Canada Can One Smell Like Freshly Made Pizza 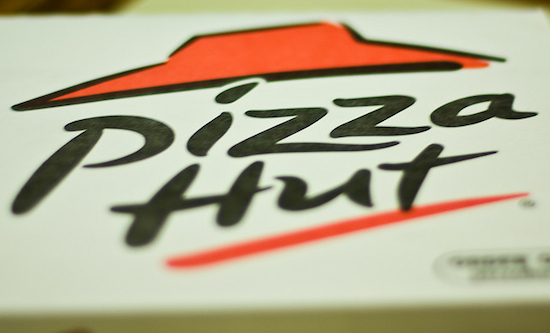 The borders to our Canadian cousins are so close, and yet we tend to do things oh so differently. You see, in the United States, it’s frowned upon to reek of the processed and entirely unnatural fast food we tend to scoff down on a regular basis. A scarlet letter indicative of a poor diet and even poorer hygiene, if you will. Canada, on the other hand, views the musk of such edible delights as a badge of honor and mark of loyalty for one’s restaurant chain of choice. To reward such unwavering devotion, Pizza Hut Canada handed out bottles of Eau de Pizza Hut — a pizza-scented perfume — to 110 lucky Facebook fans after reaching a momentous 100,000 likes on their fan page.

What began as a harmless question of how much the Facebook  community adored the appetizing smell of a freshly made pizza snowballed into the bizarre product that we still can’t believe exists. Even more of a surprise is the fact that the idea of actually launching a pizza-scented fragrance was met with virtually no resistance from Pizza Hut Canada. In their official press release, Marketing and Product Development Director Beverly D’Cruz said:

When our ad team at GRIP brought the idea to us, we absolutely loved it. What better way to celebrate our Facebook fans than by providing them with a way to enjoy the fresh smell of Pizza Hut pizza whenever they want!

And thus, after a hasty decision, Eau de Pizza Hut was born, touted with having top notes of “freshly baked, hand-tossed dough.” The fragrance might also carry subtle notes of a minimum wage pizza maker’s unwashed, soiled hands, but there’s no word as this time to substantiate this.

Hold on, you didn’t think that Pizza Hut Canada was wantonly giving bottles of Eau de Pizza Hut to whomever they wanted to on Facebook, did you? No, no, the company made sure that these people earned the right to have it. How? By making them extol their desperate desire for the product publicly on their fan page for the world to see. It’s kind of humiliating, sure, but we suppose that covering one’s body in pizza stink helps to mask the stench of shame.

(via Marketwire, image via Selbe B)