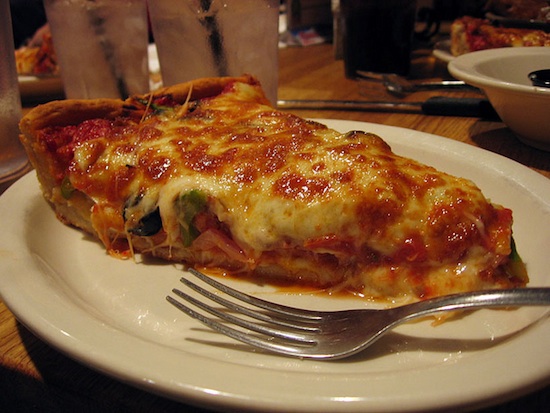 In a stunning blow to the very heart of first world problems, a team of researchers from the University of Texas will present their latest development: An oral strip that dissolves in the mouth and numbs the pain brought on by eating, for example, a piece of pizza on which the cheese was still too hot. With this announcement, all of the important ailments of our world have been officially addressed by science. I guess we’ll have to put these guys to work doing something boring like curing cancer, now.

Are we being a little hard on this research? Yeah, probably. The oral strip seems like a nifty little thing, and let’s face it — though it’s not exactly the scourge of humanity, we’ve had more than our fair share of run-ins with slices so hot they left the roofs of our mouth scarred by a superheated blend of napalm and mozzarella. We too have done the less than dignified interpretive dance that is the universally recognized sign for “Too hot! Too hot! Burned my mouth!”  So yeah, it’s pretty much a certainty that we will at some point make use of these strips, which deliver a small dose of pain-relieving benzocaine after dissolving on your tongue. The strips will be instantly familiar to anyone who has ever gobbled down a couple of breath-freshening strips instead of brushing their teeth.

Don’t give me that look, Internet. We both know you’ve done it, too.

Just because we will use something, though, doesn’t mean we need it, and it does, at some point, strike us that we’re kind of looking for ailments to treat. That’s not the least noble use of what is no doubt a whole hell of a lot of brain power, but you’d have to make some arguments that really stretch a point that it’s the best purpose to which those minds could be directed.

Then again, hey, what do we know? Perhaps each member of this team woke up every morning and fell asleep at their desk every night dreaming of the day they would conquer “Too Hot Pizza Mouth Syndrome,” finally avenging their family at long last. If this is the case, then we salute these brave souls. If it’s not, then we look forward to seeing their next contributions.