Like a Kid Asking a Parent to Take Them to McDonalds, Nintendo Asks, “You Got Donald and Goofy Money?”

That Mickey Mouse emblem on the keyblade is all the Disney you get in Smash. 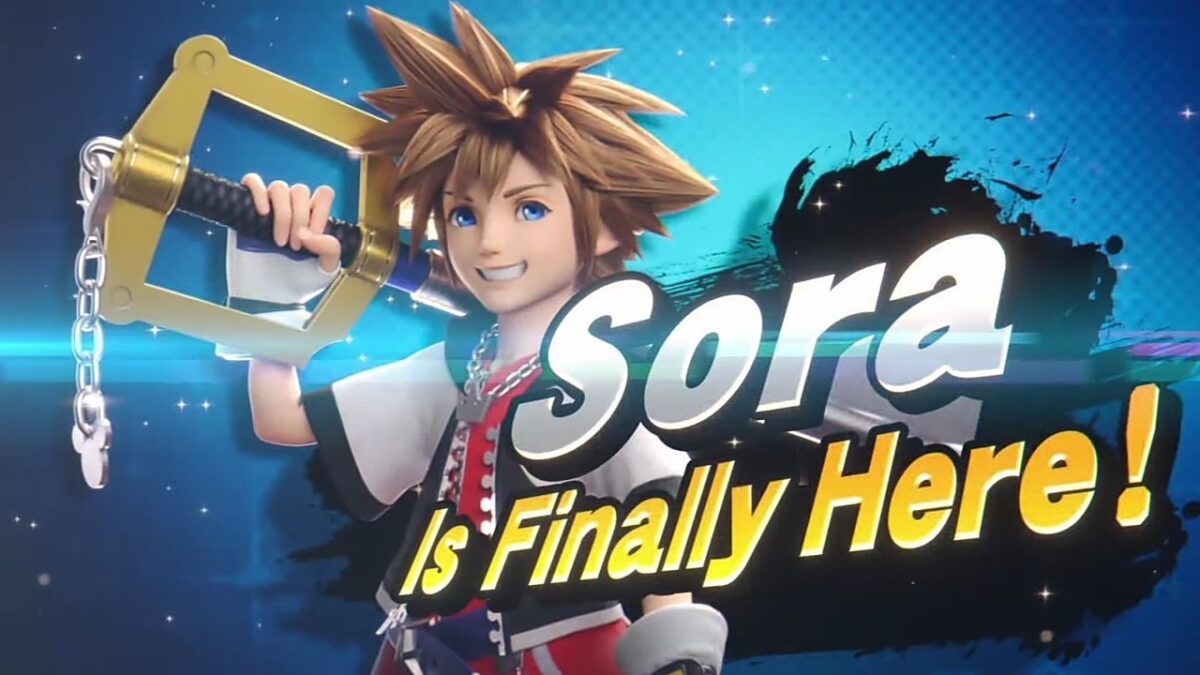 Yesterday, Mario embraced the dying embers of the Smash Bros. flame to toss a keyblade into the darkness, the blade powering up to open a keyhole and reveal the final fighter to join the 80+ character roster. With the instrumental version of Utada Hikaru’s “Simple and Clean” playing in the background, Sora (and his sunshine optimism) literally flew onto the scene as the fighters came back to life.

Mario and Sora shook hands like gentlemen, sealing the deal between Smash Bros. and Kingdom Hearts, a union that fans have been begging for with every other character announcement that’s happened in Smash.

Even if fans have been wanting to see Sora for years, the consensus seemed to be that it would never happen. That’s not because Sora was an odd pick or anything like that, after all, there are several other game franchises in Smash – including Final Fantasy, which involves Square Enix, the company behind Kingdom Hearts.

Still, there’s another part to Kingdom Hearts, a more… mousey element that had fans convinced that Sora would never get an invite.

And it didn’t take long for fans to notice the lack of Disney in this Kingdom Hearts collaboration with Smash Bros.

DISNEY SAID WE’LL BE NICE BUT NOT THAT NICE pic.twitter.com/SuYS2eonE0

AKA “we are NOT paying that disney money” pic.twitter.com/xuchgkdgY6

And, honestly? A lot of fans aren’t surprised.

Sora sacrificing Donald and Goofy to get into Smash pic.twitter.com/aOk91ZrQER

It costs $400,000 to have the Mickey Mouse keychain on screen… for twelve seconds. pic.twitter.com/BlI6GdbE8d

Sure, you’ll come across the occasional observation of how weird it is to see Disney characters scrubbed out of art that they’re supposed to be in, and yeah, a Final Smash that had Sora teaming up with Donald and Goofy would’ve been rad.

Sakurai and Nintendo have earned a lot respect for going through this nightmare of a copyright minefield. https://t.co/Sw35c6GUey

Y’all should understand that licensing Kingdom Hearts is such a nightmare that the producer of FFXIV, who *is on the board of directors for square enix*, won’t touch it with a 10 foot long pole. Even Sora’s own company doesn’t want to deal with the mouse.

This observation about Sora’s own company not wanting to deal with the mouse is from a 2020 interview via Eurogamer with Final Fantasy XIV: A Realm Reborn director and producer Naoki Yoshida. The question of crossover potential came up since FFXIV has had crossovers with games like Nier: Automata. Now you’d think since Kingdom Hearts is a Square Enix title that a crossover should be easy, like, a Slack work chat discussion, perhaps, or a Zoom meeting.

In fact, the Disney part is so daunting that Yoshida didn’t even entertain the thought of a crossover.

“We’ve had lots of feedback and lots of hopes that with the FF7 Remake that we’ll do some crossover with them. It’s just part one of the journey, so we need to kind of nail down all the details and flesh it out, so it may take a while, it will take time to actually make something great. That said, we are positively looking into it, and we have hope that we want to do something with this at some point in the future. As for a Kingdom Hearts crossover, for this idea, one of the troubles is that we have to coordinate with Disney, and so I feel that there would be so many hurdles and challenges around working with them, so I try not to think about a crossover with Kingdom Hearts.”

That Sora Is Finally Here message on his announcement takes on a whole new meaning now. I don’t even wanna think about the licensing fees for having a Disney Princess in the background of a stage, let alone having anything Disney as an assist trophy or, dear lord, a song. I know the tweets are joking about that five-second shot of the Mickey Mouse keychain, but there’s probably some major truth in how much money was dropped just to have that little reveal.

Sora’s just gonna have to get some new besties. He’s a nice kid, I’m sure it won’t take long.

It’s so nice to have Sora, Donald and Goofy in Smash!! pic.twitter.com/Mvl8ogb8DN