I Thought I Was Done Caring About Kingdom Hearts but Damn That Smash Bros. Announcement Made Me So Happy!

Simple and clean as the WAY you are making me DOWNLOAD THIS DLC! 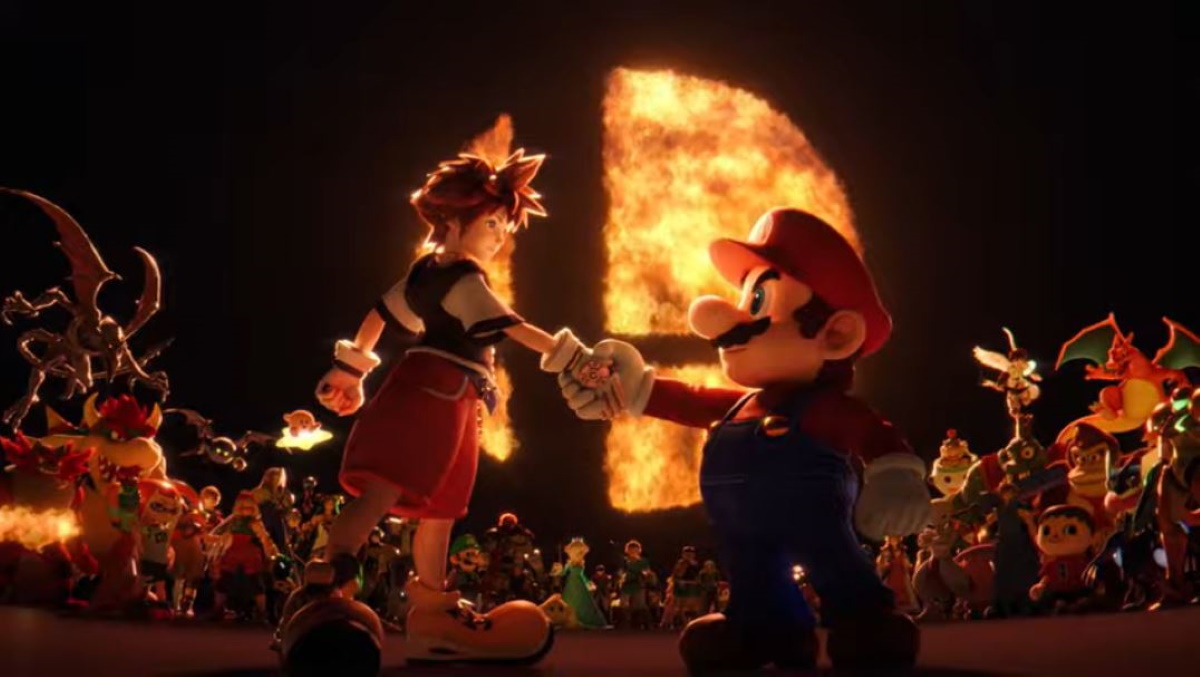 So the final Smash Bros. Ultimate fighter has been announced. It is simultaneously not that big of a surprise because folks have made Sora trend with EVERY character announcement, but also, it’s the biggest surprise of the year because WOW, we really got SORA?! In SMASH BROS.?!

Oh, and the Kingdom Hearts games are also coming to the Nintendo Switch, you know, as an extra treat.

IM SCREAMING THEY DID IT THEY ACTUALLY DID IT SORA IS HOME pic.twitter.com/ivuvHwHIp0

THEY DID IT. THEY ACTUALLY DID IT pic.twitter.com/xPUKJHnuW0

Sora will be available on October 18th as part of the Challenger Pack 11 DLC, which also includes a new stage and a selection of music tracks from the Kingdom Hearts franchise. The pack itself will be $5.99 but is also a part of the Super Smash Bros. Ultimate Fighters Pass Vol. 2, which is $29.99. The Fighter Pass includes Min Min from ARMS, Steve & Alex from Minecraft, Sephiroth from Final Fantasy VII, Pyra/Mythra from Xenoblade Chronicles 2, and Kazuya from the Tekken franchise.

“Having a fan-favorite character like Sora join the ranks of Super Smash Bros. Ultimate is the perfect way to close out the Fighters Pass expansions,” said Nick Chavez, Nintendo of America’s Senior Vice President of Sales, Marketing and Communications. “With a dozen fighters added since the game launched, Super Smash Bros. Ultimate now boasts 86 total fighters spanning the entire history of video games, giving players an unprecedented amount of gameplay choices and options.”

Now listen. I’m gonna be real honest right now. I legitimately thought I was done caring about Kingdom Hearts. I’ve been into the series since the very beginning and have gone through all the Disney franchises, symbolic monologues, the fractioned titles, and the ongoing variants of Sora. After Kingdom Hearts III I thought, “This is it. This is the last time I exert energy into this franchise.”

When I saw Sora get announced in Smash Bros.?

And heard the instrumental version to “Simple and Clean” as he flew around and restored the light after the fire in the Smash Bros. logo burnt out?

I could not stop smiling.

This is such a perfect announcement trailer for Sora, and for Smash Bros. Ultimate as a whole. It’s hard to believe that this game has been going since 2018, releasing new fighters, each one coming with their own series of stages and music. The trailer really does mean that this particular Smash Bros. installment is coming to an end, and there’s this kinda Toy Story 3 vibe of us being Andy and walking away from our toys.

While seeing the Mickey Mouse chain on the keyblade did get me excited, it’s seeing Sora flying around and bringing light to all the characters that made me realize, wow, I still like Kingdom Hearts a whole lot, don’t I? Sora is just such a lovable character and seeing him shake hands with Mario did something magical to my fangirl heart.

Then we got to watch him beat up on Sephiroth, reminding me of how this One Winged Asshole humiliated me numerous times in the Kingdom Hearts franchise. I look forward to paying him back for having that terribly large health bar and way too many ways to murder me in one hit.

Inspired by his moves in Kingdom Hearts, Sora excels at fighting in the air when playing him in Super Smash Bros. Ultimate. His jumps are high and his movements are light and soft. While he is easily launched by opponents, Sora’s powerful, combo-based attacks using his mighty Keyblade make him a formidable challenger.

Using a series of intuitive button presses, Sora can perform all types of different combos with his Keyblade, be it straight-on attacks, aerial moves or side smashes. He can also use Magic, just like in Kingdom Hearts. Fans will recognize the Firaga, Thundaga and Blizzaga spells, which can be unleashed in various ways to cover the battlefield with a volley of impressive hits. Sora can also activate his Final Smash, called “Sealing the Keyhole,” to send his worthy opponents flying.

I’m really happy to see Sora, his multiple forms, and his stages in Smash Bros. I wanna play Smash Bros. while listening to Kingdom Hearts music. This was a really great character to close out Smash Bros. Ultimate’s roster of fighters.

And P5-P8 are just as awesome. Elaborate didn’t even describe these variations pic.twitter.com/SHC4UxbtdC

For more information about Super Smash Bros. Ultimate, you can check out the website. If you’re just here to check out the DLC, you can go right over here.