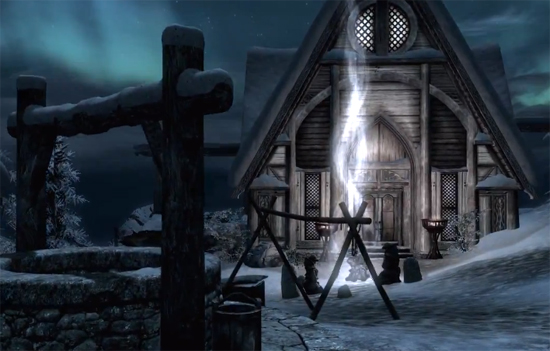 Other than the trailer and name, not much is known about the next expansion for Bethesda Game Studios‘ The Elder Scrolls V: Skyrim. Titled Dragonborn, and available December 4th on Xbox 360, the DLC’s announcement seems to confirm pretty much every rumor out there: Solstheim is definitely the setting, and riding dragons has apparently made it in. Whether this is something that can be controlled on the regular or features during a scripted sequence only is currently unknown, but it sure looks excellent.

Regardless, it looks like mounts feature prominently in the expansion, and even a little extra time riding a dragon is better than none. Plus, as always, there’ll be some sweet gear to grab.