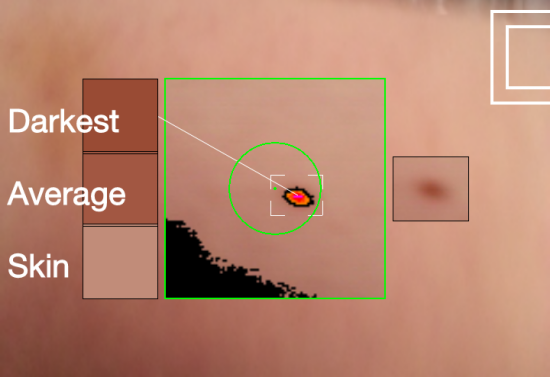 Smartphone apps are great at a lot of things. They can make our pictures look “artistic”, they can keep us connected to friends, they can even set us up on random blind dates with strangers we know nothing about, but it turns out they’re not great at identifying skin cancer — at least not most of them. A new study shows that smartphone apps designed to identify cancerous lesions misdiagnose them more than half the time. Good news, dermatologists! You haven’t been replace by robots yet!

The Food and Drug Administration has not approved any of these apps to diagnose anything, let alone cancer, so they do include language in their user agreements that tell people to consult a physician about any suspicious moles. The one I tried on my phone, DoctorMole by Mark Shippen, says it is for educational purposes only, and they take “no responsibility or liability for any course or treatment that you to take, or not take, based on this applications [sic] results.”

These disclaimers cover the app developers legally, but also give users who actually read them a better sense of what these apps intend to do. While the apps seem to largely fail at identifying a melanoma, they do give users a useful tool to map and track their moles, which could be valuable information for a dermatologist. It also gets people in the habit of examining themselves for signs of cancer, and teaches them what to look for. They also tell users to consult a qualified doctor if they do suspect a mole could be cancerous.

One app, which the study does not identify, does not analyze an image of a mole itself, but rather sends the picture to a certified dermatologist to examine for the cost of $5. This app, or really the doctors behind it, only misdiagnosed one out of 53 lesions that were cancerous. It seems that for now at least, a trained set of eyes are better at identifying cancerous lesions than a computer, but these apps could still do some good in terms of education and tracking moles over time.

The image attached to this story was taken by me with the DoctorMole app of a mole on my arm. I had the mole examined by my doctor a few years ago and he, and DoctorMole, say the chances of it being cancerous are minimal. I’ve been keeping an eye on it, and will probably start using DoctorMole, or an app like it, to track photos of the mole over time.

(via TechCrunch, image via DoctorMole)