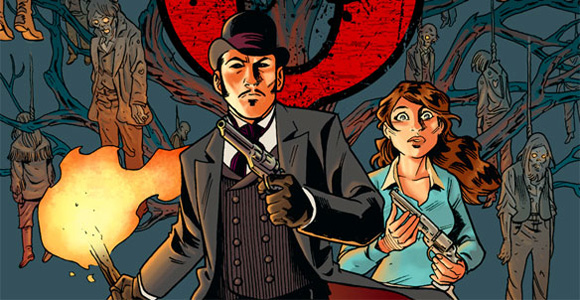 Comics are a hot commodity these days and it seems Oni Press (the ones who brought you Scott Pilgrim) are the most recent beneficiary. Their comic book The Sixth Gun, by Cullen Bunn and Brian Hurtt, is getting its own television show on NBC thanks to Lost’s Carlton Cuse!

“The project, which is being produced by Universal TV and Oni’s production company Closed on Mondays Entertainment, is the story of six mythical guns in the Old West. When the Sixth Gun, the most powerful and dangerous of the group, resurfaces in the hands of an innocent girl named Becky Montcrief, dark forces reawaken,” writes the Hollywood Reporter. “The project marks the first network sale for Closed on Mondays and Oni Press under their new multi-year deal with Universal Television.”

Bunn and Hurtt already have their previous Oni comic, The Damned, in development at Showtime so they must be pretty excited. Meanwhile, Cuse is busy with the Psycho prequel, Bates Motel and co-writing Guillermo del Toro’s The Strain for FX.

So are you a fan of the comic? What are your thoughts about it heading to the small screen?