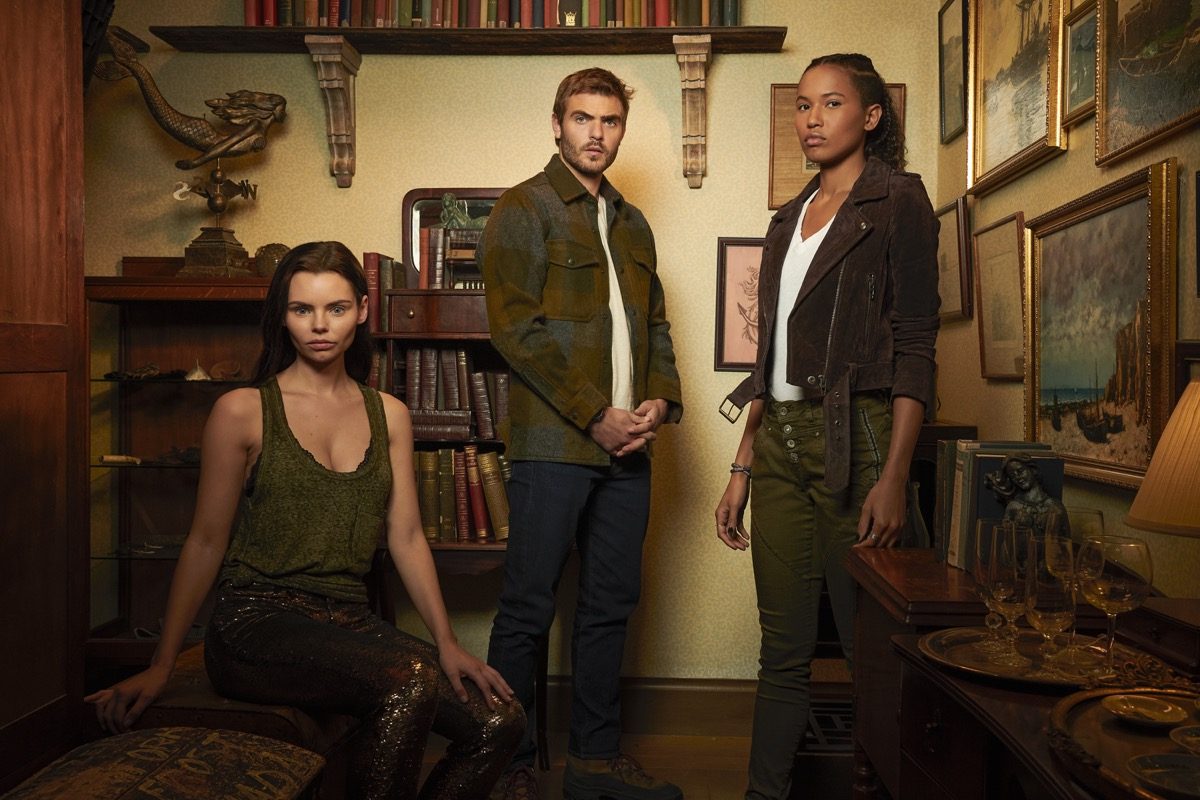 Queer representation on TV is increasing and, luckily, so is the diversity of the LGBTQ people onscreen, but one area of queer relationships that is not often seen is polyamory and all of the facets that full under that label.

There have been a few shows about polyamory, probably the most famous—or infamous—being Sister Wives on TLC. A more positive look at polyamorous relationships is You Me Her, a show about a 30-something couple that both fall in love with a grad student.

However, I’d argue the most positive and natural take on polyamory seems to come from Freeform’s Siren. The series is a drama that’s attempting to be a thriller, but where it really shines is in its lead characters, focusing on a mermaid named Ryn adjusting to life on land while searching for her sister.

Ryn (Eline Powell) gets help from two marine conservationists, Maddie Bishop (Fola Evans-Akingbola) and Ben Pownall (Alex Roe), who, while being in a very healthy relationship with each other, both feel “drawn” to Ryn in a way they can’t quite explain. Despite their focus being Ryn and her needs, there is no jealousy from Maddie or Ben about the time they spend with her or the little moments they have with her.

In fact, every time Ryn and Ben have a moment where they connect, Maddie will have one with her a few scenes later, and vice versa. When Ryn tells Maddie she “is love,” Ryn also states that “Ben is love.” When Ryn mimics Ben and Maddie’s relationship and kisses Maddie, she does the same with Ben a few scenes later.

In other shows, even if they’re about polyamory, like You Me Her, these small moments of connection between two of the partners tend to cause strife or bring up feelings of jealousy in the third person. There’s only one instance where Ben’s relationship with Ryn differs from Ryn and Maddie’s, and it’s in the form of Ryn’s addictive siren song that she sang to Ben when they first met. This does cause a rift between Ryn, Maddie, and Ben, but only because it’s an unhealthy aspect of their relationship. Maddie doesn’t feel jealousy because Ben has heard the song, she’s worried for him because he’s become obsessed.

Ben and Maddie don’t get the same moments together that they get with Ryn, but it’s only because their relationship isn’t in those developing stages. Their relationship is showcased in their strong partnership; they’re not in that phase of learning about how to be with each other. 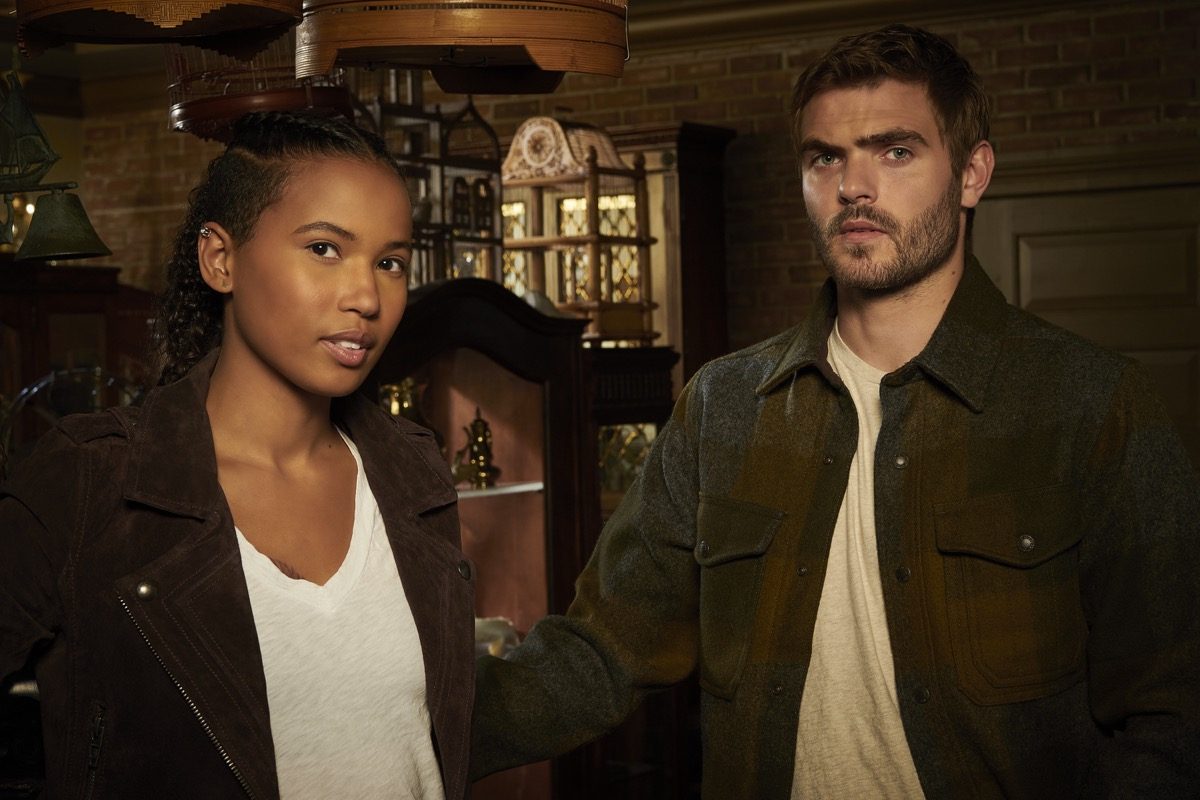 In most other pieces of fiction, these moments between characters would only lead to jealousy. One person would have to “choose”—in Siren’s case, it would be Ben, because two characters of the same gender never end up together in a mainstream love triangle situation.

Now, Siren’s depiction is only one form a polyamory can take. Not every relationship has to have an even balance between three people, but it’s refreshing to see three characters working towards a genuinely healthy throuple for once.

And this particular relationship appeals to me so much because there is no panic from any character on what this relationship could mean or how they would deal with it. Ryn, being a mermaid, has a different idea of relationships than humans do, which totally makes sense. Why would mermaids operate the exact same way we do? But there aren’t long discussions from Maddie and Ben on how their relationship stands with Ryn and what’s happening between them. Both of them roll with the situation.

Maddie, who unlike does “exist” in our world, unlike Ryn, has no crisis about her sexuality, either. We don’t know how Maddie identifies, but it’s been made clear in the show her relationship with Ryn is the same as any other facet of the throuple.

This is especially great because Maddie is a Black woman, and fandom has a bad tendency to treat Black women in love triangles as the “other woman” who is coming between the other characters, who are seen as the legitimate, “endgame” couple. 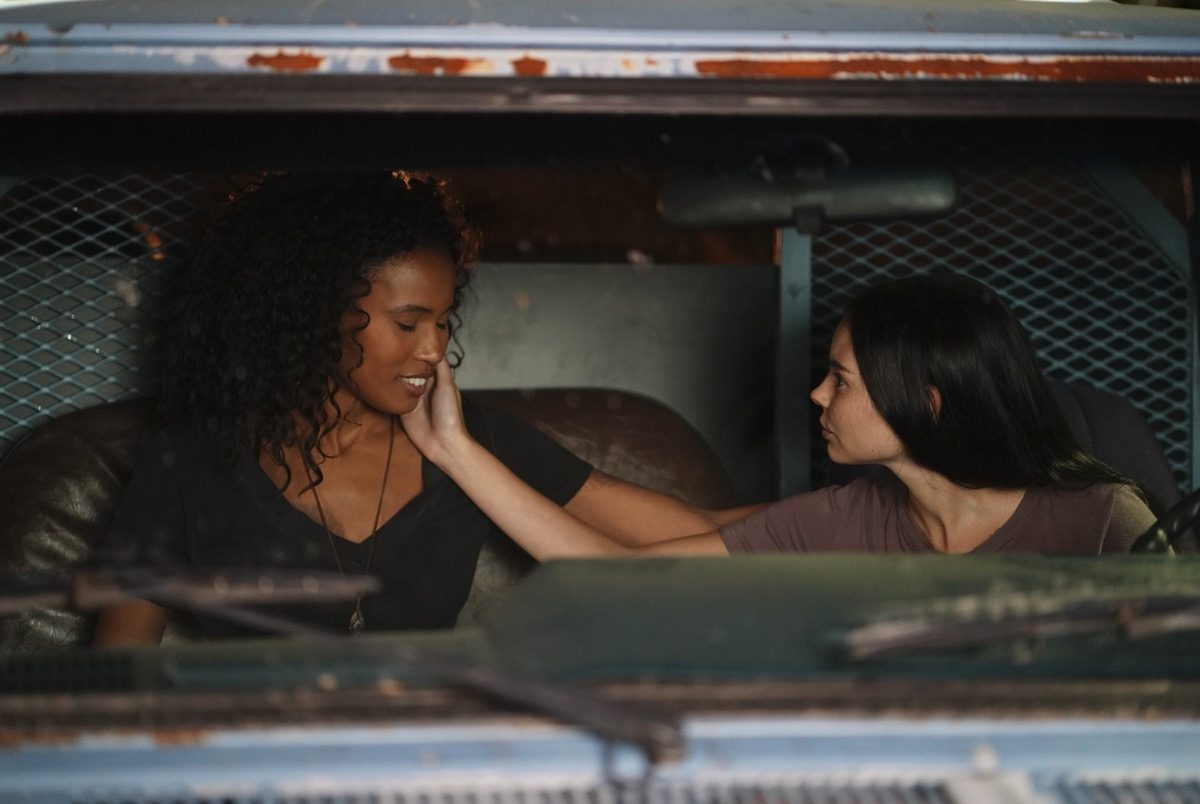 Siren’s throuple feels so natural because the characters are treating it as natural. It’s nice to see queer relationships of any kind, but especially one still as taboo as polyamory, progress so smoothly and be treated as any other developing romance.

Siren is now two episodes into its second season. The first season was full of moments leading to a relationship between Ben, Maddie, and Ryn, and even the beginning of the second season doesn’t disappoint.

Different, lesser shows would move towards a subtler relationship and never truly confirm what was happening between the three leads, leaving things in subtext, but in an interview with TVLine, executive producer Emily Whitesell confirmed that it’s happening this season. Ben, Maddie, and Ryn, a throuple dubbed by fans as “polymarine,” are going to formally, if potentially without a label, enter a relationship together.

Whitesell said, “We teased it a lot in the first year, and it would be unfair to the audience if we just teased it forever without getting to what we’re trying to land on. We could only dance around that polyamorous relationship for so long, and we really did hold off.”

So there we have it. It’s possible to avoid the love triangle and just treat a polyamorous relationship like any other. Ultimately, it’s more compelling, more fun, and different than most other things we’ve seen before. I’m super excited to see where Ryn, Ben, and Maddie go.

Meredith is a journalist who loves talking and writing about the various things she’s a fan of, especially in a feminist context. You can follow her on Twitter at @MeredithSiegel.