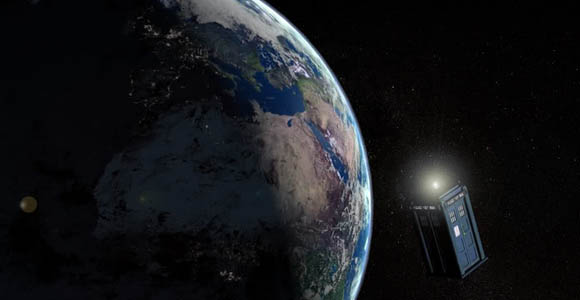 Fans of television from across the pond (in both directions) are constantly frustrated by having to wait for their favorite shows to air where they live. Over the last few years, the BBC have wised up and started pushing release dates closer together but for the Doctor Who 50th anniversary…just this once…EVERYBODY WATCHES AT THE SAME TIME!

Ok, so, this actually sounds a bit mad to me but then again, so is the Doctor, and I love him.

BBC Worldwide has just announced the Doctor Who anniversary episode will air everywhere, at the same.  “It’s always been our ambition to work with our broadcast partners so that international Doctor Who fans can enjoy the 50th Anniversary special at the same time as the UK. We’ll have more details soon about our very exciting global plans for November.”

More details soon but we’re assuming this means some folks will have to set an alarm or drink some coffee late at night to catch the special episode. Radio Times writes, “Global broadcasters have agreed to simulcast the 3D special to avoid plot leaks or spoilers, meaning that if, on the anniversary of Saturday 23 November, the episode was to be shown at 7pm on BBC1, fans in LA would see it at 11am while viewers in Sydney would be watching it at 6am on Sunday.”