Fans Are Hoping Lady Sif/Valkyrie Will Happen in Thor: Love and Thunder 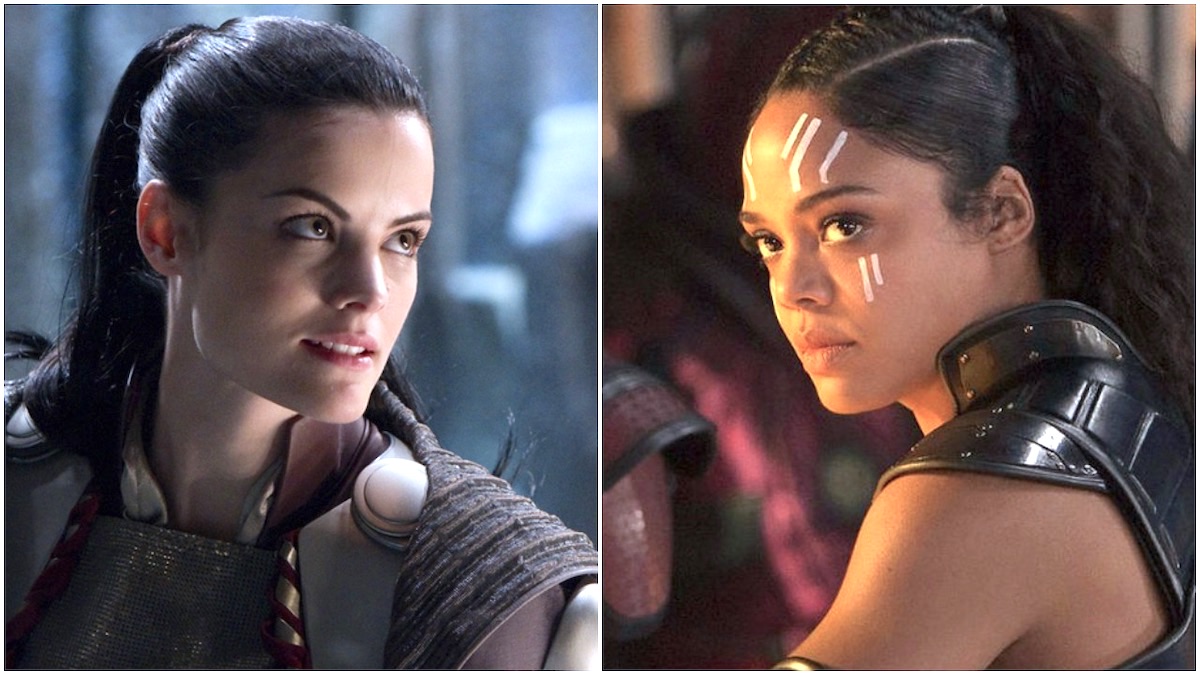 With the news that Jaimie Alexander is returning to her role as Lady Sif in Thor: Love and Thunder, fans are hoping that Sif will find love, too—with none other than Tessa Thompson’s Valkyrie.

The pairing has been popular in fandom circles for some time, but the current setup of Thor universe and Marvel’s stated intent to do better with queer representation means it could actually become a reality.

First of all, there was the news that Valkyrie will be the first canonically LGBTQ+ MCU hero (as our Chelsea Steiner wrote when that was announced in July 2019, it’s about damn time). Thompson explained of her character’s trajectory in Thor 4, “As new king, she needs to find her queen … That will be her first order of business. She has some ideas.”

Then Alexander happily endorsed this news—and volunteered Lady Sif as Valkyrie’s queen. In a now-deleted Tweet, Alexander retweeted the news of Valkyrie searching for her future royal spouse and added, “>raises hand< 😍🔥.” Did she delete the Tweet because this storyline might come into existence?

News only broke recently that Alexander would be returning as Sif, a character who’s been in the MCU since 2011’s Thor. Sif never had much time to shine alone, but as Thor’s loyal friend and a fierce woman warrior, she quickly rose to fan-favorite status. Alexander did not appear in Ragnarok or subsequent Avengers films because of scheduling conflicts with her TV show Blindspot, but in the long run, this might prove to be good for Sif.

Thor’s other BFFs, the Warriors Three, all got slaughtered by his evil sister Hela in Ragnarok, and his friend/guardian Heimdall met his end in Infinity War when Thanos and the Black Order attacked. Sif is alive out there somewhere, and now she’s getting the chance to rejoin Thor’s world.

Fans were excited about the casting news, and enthusiasm was renewed for a potential Lady Sif/Valkyrie love-match.

unpopular opinion but i want thor and jane back together again while val with sif ruling asgard pic.twitter.com/V5XP2kJSFt

Both women numbered amongst Asgard’s most accomplished and uncompromising warriors—they have that in common, even if Val is technically quite a bit older. Both have a soft spot for Thor Odinson, proving themselves to be excellent friends and powerful allies. Could they be headed for something more together? Taika, please take note.