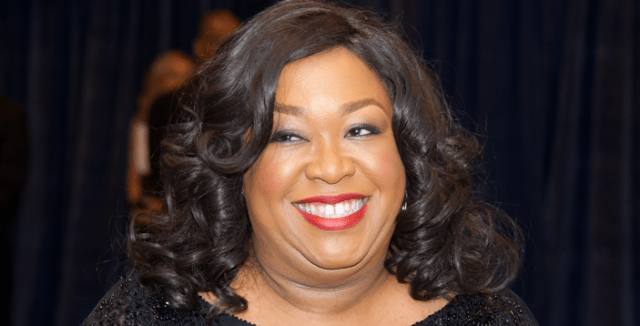 Shonda Rhimes has built something for herself, and for the rest of us, that is quite the sight to see. There’s really no question who the queen of network television is right now — it’s her, and she’s populated the small but powerful melodramatic prime time world she reigns over with such a variety of characters and stories that she is often cited in the (many) arguments over representation in our popular narratives. So here’s a fun fact I learned from a Hollywood Reporter write-up of a speech Rhimes recently gave at the Human Rights Campaign’s annual dinner: Rhimes hates the word “diversity.”

As someone who writes frequently about the need for more diversity and representation in the media, it’s my instinct to rankle at something like that. But she’s Shonda Rhimes, one of the startlingly, annoyingly few people in power in Hollywood actually putting what we’re fighting for to the test and proving the the brass that it can and does work, so if there’s any authority worth listening to on this matter — well, it seems to be her. My opinion tends to be that concede that diversity’s a term that’s been used to the point of an exhaustion but is still pretty damn useful and descriptive, there comes a time when you just have to “shhhhh” and let the pros talk. And Rhimes is the pro of the hour*. As she said in her speech, “Shondaland is open, and if I am doing my job right, there will be a person there for everyone.”

[Rhimes] has never had to think twice about recognizing “diversity,” which is a word she hates, since it makes the term seem rare or special in society. When Rhimes took the stage, she addressed depicting the different gender, race and sexual orientation as “normalizing” television. “You should get to turn on your TV and see your tribe,” said Rhimes. “Your tribe can be any kind of person, anyone you identify with — anyone who feels like you, who feels like home, who feels like truth.”

She also talked about the main theme in the stories she tells:

This works out better in some stories than others (A+ for Meredith and Cristina’s friendship on Grey’s Anatomy, for instance, but I’d really like for Olivia Pope to abandon the idea the Fitz is her person and perhaps even push him out of a window, but maybe that’s just me.), but it’s certainly a concept most humans can relate to, I’d say. And normalization is a worthy cause, one that is very much one of the results we dream of when we champion diversity and representation. There simply aren’t a wide enough variety of stories being told. So when one of the people responsible for a not insignificant chunk of the stories that are being told while representing an impressive variety? It makes sense to listen.

*If you haven’t already, you neeeed to read/watch Rhimes’ speech on women in Hollywood and the glass ceiling.