We Have a Theory About Agents of SHIELD and Agent Coulson

No new episode this week, so why not just speculate wildly about the future? 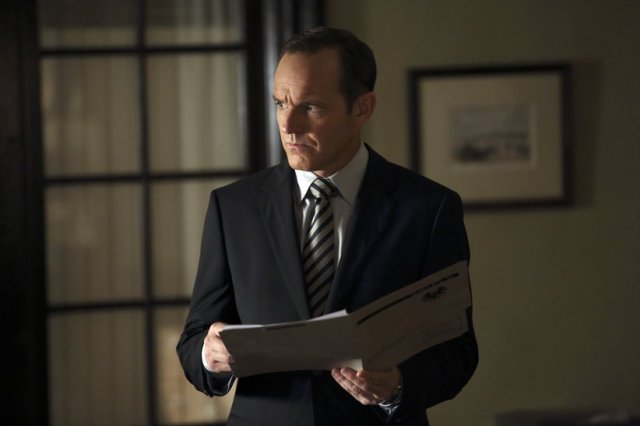 Wednesday is our usual day to recommend comic books you should read after last night’s SHIELD, but there was no new episode last night, so instead we want to talk about our theory on Agent Coulson. As we discussed in an earlier post, this could get spoiler-y if we’re right, and we’re pretty sure we’re right. 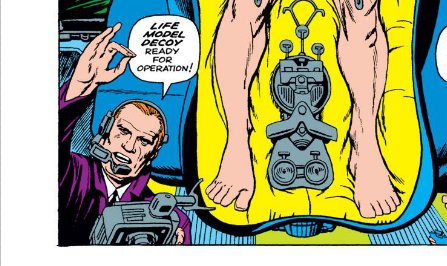 There was no Tahiti and long relaxing recovery period. The Coulson we’re seeing in Agents of SHIELD is a life model decoy, a robotic replica built by SHIELD to stand in for one of its agents.

The story we get in the pilot for SHIELD is that Nick Fury faked Coulson’s death to get the Avengers to coalesce as a team, and that Coulson has been recuperating in Tahiti this whole time. We’re not buying it.

Fury didn’t fake Loki stabbing Coulson. If he wanted to fool the Avengers he would have sent Coulson away and just told them that he was killed, but Coulson really got run through by Loki. We saw it.

It’s not long after we’re fed that story that we get the first clue to there being something wrong about it. Agent Hill is talking to a SHIELD doctor played by Ron Glass, and when Coulson leaves the room he says, “Tahiti. He really doesn’t know, does he?”

To this, Agent Hill replies, “He can never know.”

In the first few episodes, whenever a new character is introduced who has previously met Coulson, they comment to one of the members of his team that something seems different about him. Coulson himself points out that he’s “rusty” and has trouble doing specific tasks that were once second nature to him. You see it when he putzes with a gun in episode three.

No one stays dead in comics, and it’s safe to assume that adage translates to television as well, but in this case we don’t think we’re looking at the same Phil Coulson we saw leading up to The Avengers. We’re going with the idea that he’s specifically a “life model decoy” instead of something like a clone for a few reasons.

The first is that it is has tradition in the SHIELD comics. Life model decoys mention on the first page of the Strange Tales #135 which is the first appearance of SHIELD. In that story they’re simple robots, but as they kept recurring in the Marvel Universe they got more sophisticated. They’re essentially remote telepresence robots standing in for a person.

The other reason we’re going with the life model decoy theory instead of a clone or another explanation is that Agent Coulson on SHIELD sure seems to think he’s Phil Coulson, and that’s because — in a way — he is.

Loki stabbed Agent Phil Coulson in The Avengers. SHIELD doctors tried to save him, but he was too far gone. The real Phil Coulson is in a coma hidden away in a SHIELD facility somewhere connected to the decoy Coulson we’re seeing on the show. That seems the most plausible to us, but we’ll also accept a more far-fetched explanation of his brain being attached to a machine, or his memories uploaded into a SHIELD computer.

The pilot episode is the first and only time we see Ron Glass as the SHIELD doctor, and although he’s worked with Joss Whedon in the past, we don’t think this was just calling in an old friend to make a quick cameo. Glass is the doctor monitoring the real Coulson, and we expect to see more of him in the future.

We’ve been sitting on this theory since the pilot episode, and every episode just further supports the theory, so we think it’s only a matter of time before the big reveal. They’re hinting too heavily at it to hold out for the season finale, so we expect to have it revealed in the show for the Fall sweeps episode before the holidays.

Think we’re off base or have a theory of your own? We’d love to hear about it in the comments.

(Cover image via Agents of SHIELD)