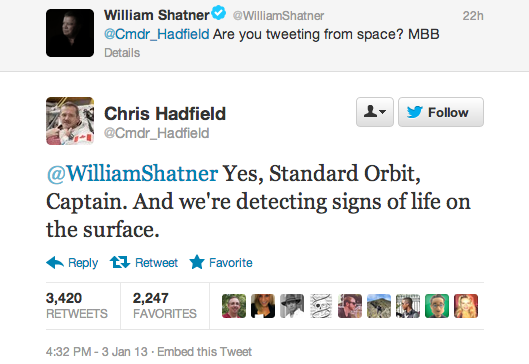 It’s one thing to see science and science-fiction collide in something like the real sonic screwdriver, but it’s another when characters are involved. Star Trek’s own Captain Kirk, William Shatner, was recently spotted tweeting at the Canadian Space Agency’s Commander Chris Hadfield. About space. While Hadfield was actually in space headed for the International Space Station. It doesn’t get much better than this, folks.

(Why Evolution is True via Tipster Rebecca)