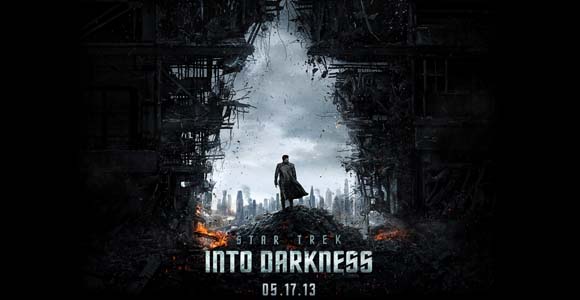 See? The internet can be used for good!

Three days ago, a post was made on the Star Trek subreddit about a man dying from cancer. It was a heartfelt plea from both the man’s wife and friend to try and get him a viewing of the J.J. Abrams film, Star Trek Into Darkness. Here’s what they had to say:

Hello Reddit. I’ve seen some amazingly kind and generous stuff happen on here. I’m hoping there’s room for another amazing act of generosity and kindness for a friend of mine who is really sick. I couldn’t begin to put into words what he has gone through. Luckily his wife did it for me… “My amazing healthy film buff husband diagnosed with leukemia (CML) at 38 had to endure 3 rounds of chemo before they found a bone marrow donor match had a Bone Marrow Transplant, which was MORE chemo, full body radiation & lots of other horrific things….then endured/survived 3 major infections + a massive GI bleed that put him in the hospital 10+ times over 3 1/2 years not to mention 100’s of doctors visits…. he is my hero; I am his caregiver – I would do anything to help him…. he is now ravaged by a new TOTALLY UNRELATED cancer, (isn’t that a fucker?) an aggressive and EXTREMELY rare vascular tumor that is crowding out his healthy liver tissue… they grew under treatment; there is nothing left to do but make him comfortable, at 41, he is jaundice & his liver is enlarged, his body has had enough, he has weeks to live, He was hospitalized and had to exchange our HOBBITT tickets (where the 10 min Star Trek preview was supposed to be shown) we were able to put him in a car and get over to the HOBBITT but NO PREVIEW???? we, his friends and family, the love of my life – WOULD LOVE him to be able to see the Star Trek movie but even the 10 minutes of the trailer would be AMAZING.” If there is anything any one of you or anyone you know could do to make this happen that would be an amazing, kind and generous thing. Please help. Thanks.

TLDR; My friend is dying. Would like to see the new Star Trek movie. Please help. At the least, upvote to get to front page for someone else to see. Please.

Reddit quickly went to work spreading the news. I first heard about this story late yesterday and was planning on doing our part to help get the word out but before I could, a solution presented itself – Abrams to the rescue!

The original poster updated the story with, “Holy cow everybody!!! I just heard from his wife that they are going to do it!! I don’t know who it what the path was to get there but thank you so much to everyone that tried to help!!!” Then another user, Grady Hendrix, who also knows the gentlemen, explained further, “Thanks everyone, and a huge thanks to OP ideeyut for posting this. JJ Abrams just called Dan’s wife and left a message. He’s going to try to arrange a screening for Dan, either of the film or at least of the 9 minute promo reel.”

There’s nothing I can say but: