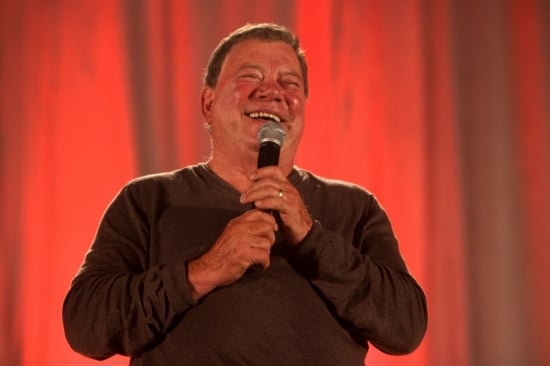 We love Reddit here at Geekosystem, but sometimes the deep, dark recesses of the site can get a little frightening due to racist, sexist, or otherwise abusive posts and the championing thereof. One man has chosen to boldly go where many have gone before and complained about the site’s offensive content, but when that man is William Shatner, people listen.

The comments came on Reddit’s /r/ideasfortheadmins section where Shatner wrote:

The unsavory aspects still exist – I am apalled[sic. Everybody makes mistakes. Even Shatner] by some of the immature, horrifically racist, sexist, homophobic, ethnic… etc.. posts that are just ignored here. Why are these accounts still active? While Reddit has done well in getting interest from the mainstream I just wonder if by allowing these children to run rampant and post whatever they feel will cause the most collateral damage if Reddit is biting off it’s own nose in taking that step to become a mainstream community.

That being said, I’m still new here. That’s been my observation in my short time here and I could be wrong. MBB

There’s no question that the darker parts of Reddit are a wretched hive of scum and villainy, but short of a serious implementation of strict usage policies, I don’t think there’s anything to be done. If you give racist people a public forum, they’re going to use it say racist things. If you delete their accounts to your free website, they will make a new account. I’m simply saying that racism, uh, finds a way.

Personally, I’d rather just navigate around the filth than see Reddit try to crack down on what people use the site for. As for Shatner, it looks like his stance is clear. When the accumulated filth of all of Reddit’s sexist and racist posts foams up about its waist, all the trolls and spammers will look up and shout, “Save us!”…

…and Shatner will look down and whisper, “No.”