Sharknado’s Getting a Sequel: This Must Be What Skynet Employees Felt Like

OH GOD WHAT HAVE WE DONE 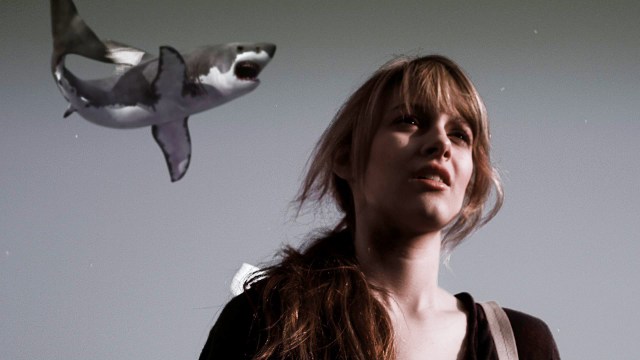 Oh sure, we all laughed at the Sharknado trailer when we first saw it online. We live-tweeted the Syfy movie’s premiere. We called it the greatest thing to ever exist without actually meaning it, because that’s how ironic enjoyment works. Well, we have a lot to answer for, because not even a week after the first film dropped, a Sharknado sequel is now already in the works. Someday when what’s left of humanity huddles together on post-Sharkpolcalyptic Earth to tell the story of our downfall, they will cite this moment as the beginning of the end.

According to Variety, talks for a second Sharknado were already in the works “less than a day after the TV movie launched.” Now Syfy and Asylum have officially greenlit the next film for a 2014 cable premiere. This is despite the fact that the actual movie only got 1.4 million viewers that night, which is basically nothing when you consider how obsessed the Internet was with the concept.

Obviously there aren’t many details as to what will happen in Sharknado 2 just yet, but we do know that while the first hit LA, this one will take place in New York City. Because Hurricane Sandy wasn’t a devastating enough weather-related tragedy for us to undergo, now we’re gonna get hit with giant flying sharks. Great.

Syfy is also hosting a Twitter contest to decide on a new tagline — the first one, you’ll remember, was “Enough said!” You can submit an entry by tweeting at @SyfyMovies using the hashtag #Sharknado, but know that by doing so, you will be that much more complicit in the now-inevitable collapse of modern civilization.